Downey Jr.’s ‘Voyage of Doctor Dolittle’ to Have Major Reshoots

The doctor is back in the vets as Universal Pictures brings in Chris McKay and Jonathan Liebesman to oversee extensive reshoots on next year’s The Voyage of Doctor Dolittle.

Originally set to hit theaters this month, the big-budget reboot was pushed back to January 2020 last October. At the time, it was assumed this was to avoid the extremely crowded 2019 blockbuster season (since no one wants to go head-to-head with Avengers: Endgame), but now The Hollywood Reporter has revealed that the delay came because the studio and the film’s producers knew they needed to take the film back to the operating room.

In a process that The Hollywood Reporter says was “inclusive” of director Stephen Gaghan, the studio set out to find a team that could help whip the project into shape. Dolittle is Gaghan’s first big-budget, effects-heavy movie, and his first comedy, so the studio wanted someone who could compliment his style as a director; someone experienced with both visual effects and the irreverent comedy that’s the hallmark of the movie’s star, Robert Downey Jr. Enter The Lego Batman Movie‘s Chris McKay. 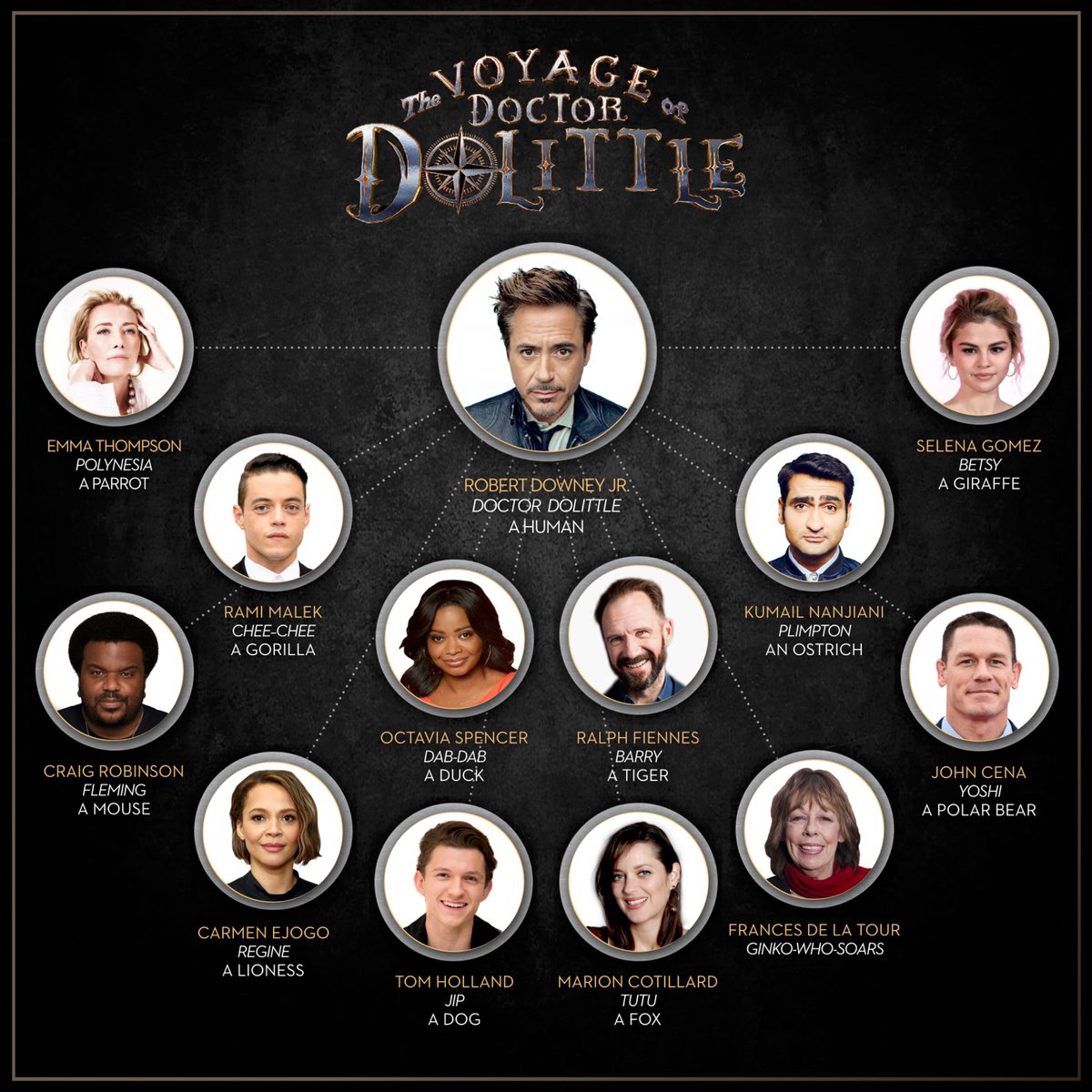 Though he wasn’t available to film the reshoots, McKay viewed the assembled cut of the movie, coming up with new ideas and writing new material before handing the baton to Jonathan Liebesman, who directed 2014’s Teenage Mutant Ninja Turtles, for filming.

According to The Hollywood Reporter‘s sources, “Gaghan needed help with the animal component of it all. These two guys who had experience in that field, and they came in to help.” THR’s sources stress that the process was inclusive of Gaghan, who was on set and collaborated with Liebesman for the reshoots, and that he will remain the credited director when the movie is released next year.

The Voyage of Doctor Dolittle stars Robert Downey Jr. and features the voices of an all-star cast as his many animal companions. The film is set to hit theaters January 17, 2020.