‘G.I. Joe’ Reboot to Take Franchise in a New Direction 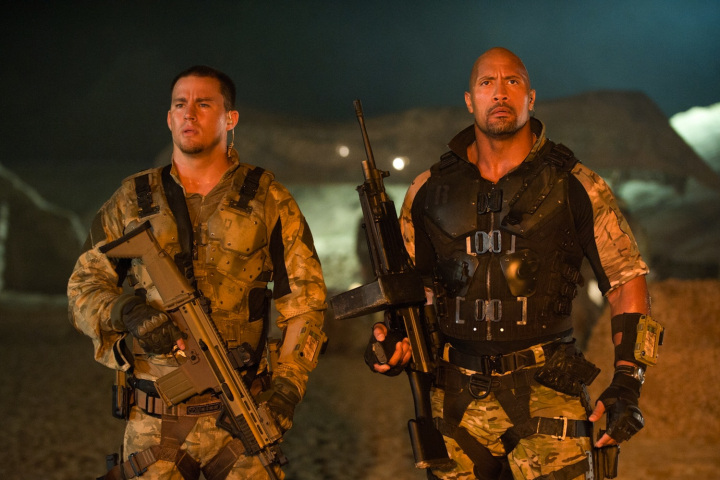 Paramount is moving forward with their GI Joe reboot and they’re taking the franchise in a fresh new direction.

According to Full Circle Cinema, the original plan was to bring back The Rock and Channing Tatum as their characters from G.I. Joe: Retaliation, in a sequel called G.I. Joe: Ever Vigilant. (Such a move would have resurrected Tatum’s Duke, the face of the toy line, who was killed off early on in the sequel to allow Dwayne Johnson’s Roadblock to take center stage.) The studio teased that a new GI Joe film was in the works at Cinema Con 2019, but rumor has it that the project has taken a new direction and will be leaving those actors behind for good.

The film will reportedly be centered around GI Joe member Philip ‘Chuckles’ Provost, an undercover specialist who has been out of the action for years until he learns that COBRA has sent the twins Tomax and Xamot on the hunt for a mysterious object called the Wheel of Time. This would allow COBRA to travel into the future and get new futuristic weapons capable of destroying GI Joe once and for all. Provost tries to explain this to his superiors, but they refuse to get involved, so he assembles a team of his own to stop COBRA. This team includes Helix, Wild Bill, Jinx, and Snake Eyes, the last of whom has his own spin off movie coming before this one.

Full Circle claims that Paramount is looking at Sebastian Stan, Tom Hiddleston, or Alexander Skarsgard to play the role of Provost. They also state that this film will be the beginning of a new Hasbro Cinematic Universe, which will see GI Joe team up with Micronauts and other Hasbro properties. Paramount has refused to comment on this rumor, but that neither confirms nor denies whether or not it’s true. We’ll bring you more updates on GI Joe and the Hasbro Cinematic Universe as and when we get them.