‘Avengers: Endgame’ Review – A Heartfelt Conclusion and a New Beginning

Avengers: Endgame is finally here, and hoo boy, does it live up to the enormous, seemingly-insurmountable hype that the 21 preceding films and an incredible marketing campaign could grant it.

I’ve been watching Marvel Cinematic Universe movies from the beginning, and can remember the first movie including a scene where Nick Fury offered Iron Man a job on the Avengers. And I couldn’t, for the life of me, imagine where that was going to lead. I thought the idea of a shared universe of movies was a neat concept, but even as a kid who read a lot of Ultimate Spider-Man back in the day, but I didn’t see it going anywhere. There were too many cogs in the system needed to make that kind of thing work, I thought at the time.

Boy, was I wrong. And I knew that I was wrong in 2012, when four franchise leads and two supporting characters from those franchises took part in The Avengers, which at the time what seemed like the most ambitious live-action crossover that there could ever be. And I was wrong to think that it couldn’t get any bigger than that, as proven by Avengers: Infinity War last year and now with Avengers: Endgame. These are the kind of projects that should, by all means, collapse under their own weight… And yet Marvel has done it once again. They have topped off 11 years of consistent hits with an absolute masterstroke.

A word of warning: this section of the review will contain some plot spoilers, both for Infinity War and Endgame, by necessity. I won’t go over major things like character deaths or anything, but if you’re on the fence about being spoiled, you may want to skip over this section and read the rest of the article. If you’re sure you’d like to know more, then keep reading after the image below. 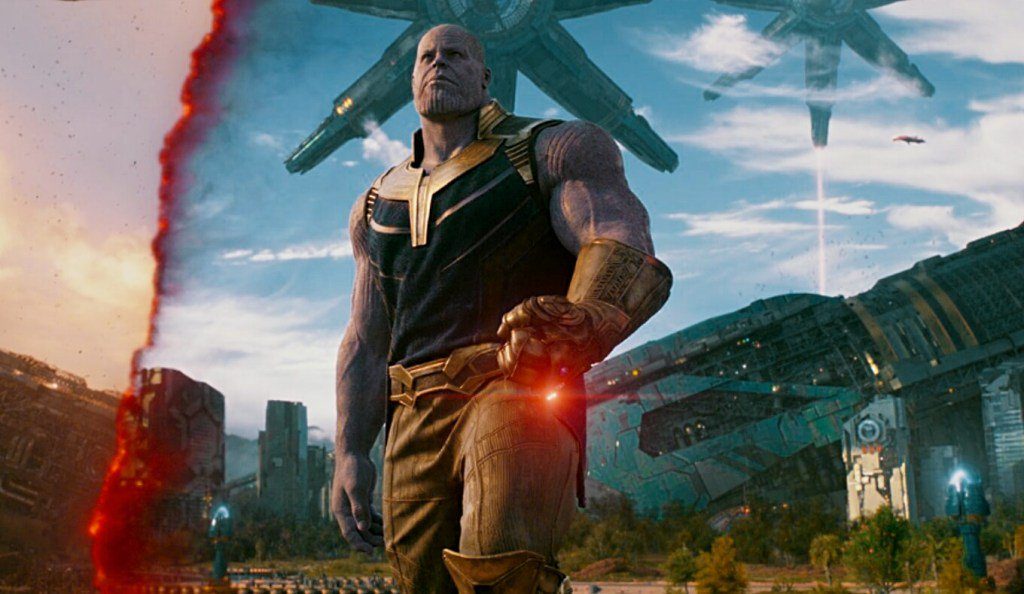 If you’re one of the few people who didn’t watch Infinity War (which you should if you’re going to see this), our heroes were last left off in a dire position: Thanos, the resident galactic conqueror, managed to completely and utterly defeat the team and their allies and was able to complete the Infinity Gauntlet, allowing him to wipe out half of all life in the universe out of an insane belief that it was the only way to save it from overpopulation. And in killing half the universe, many of the heroes also vanished into piles of dust, including the likes of Black Panther, Doctor Strange, Spider-Man, and most of the Guardians of the Galaxy, among many, many others. The opening scene of the film revisits the trauma that audiences experienced a year ago in a very personal way. I won’t get into what happens, but anyone with a passing familiarity with the character that’s the focus of the scene should know what’s coming.

Our heroes were split apart into two teams at the end of Infinity War: one on the planet Titan, the doomed homeworld of Thanos that was destroyed due to wars over resource scarcity, and one in Wakanda, a technologically-advanced nation that is now without leadership due to the death of their king. Captain Marvel, who is Nick Fury’s ace-in-the-hole in the event that the Avengers ultimately failed, manages to unite these two teams back on Earth as they’re able to put their differences aside. They quickly learn that Thanos has retreated to a paradise world to use the Infinity Gauntlet once again, so the team devises a plan to rush in there, take it from Thanos, and resurrect the trillions that were killed. Without giving anything away, Endgame would be a short movie if things went exactly according to plan, so while they make it to Thanos, the problem remains unsolved by the time that they all return home, and all hope seems lost… So the team moves on.

Five years pass. Some characters have changed significantly as they adjust to life in a more empty version of the world that they once knew. One fan-favorite in particular undergoes a shocking physical transformation that’s as hilarious to look at as it is heartbreaking. But beneath it all, there’s still an underlying hope that something can fix this desperate situation… And that hope arrives in the form of the smallest Avenger, Ant-Man, who has resurfaced after being presumed dead for a long period of time. He was left trapped within the Quantum Realm, escaping only by means of using something referred to as a Time Vortex, which sent him to the present. With the Avengers learning of the Time Vortexes, the team devises a new plan to visit strategic points in their histories, all to undo the cosmic carnage inflicted by Thanos without compromising the reality that they live in. 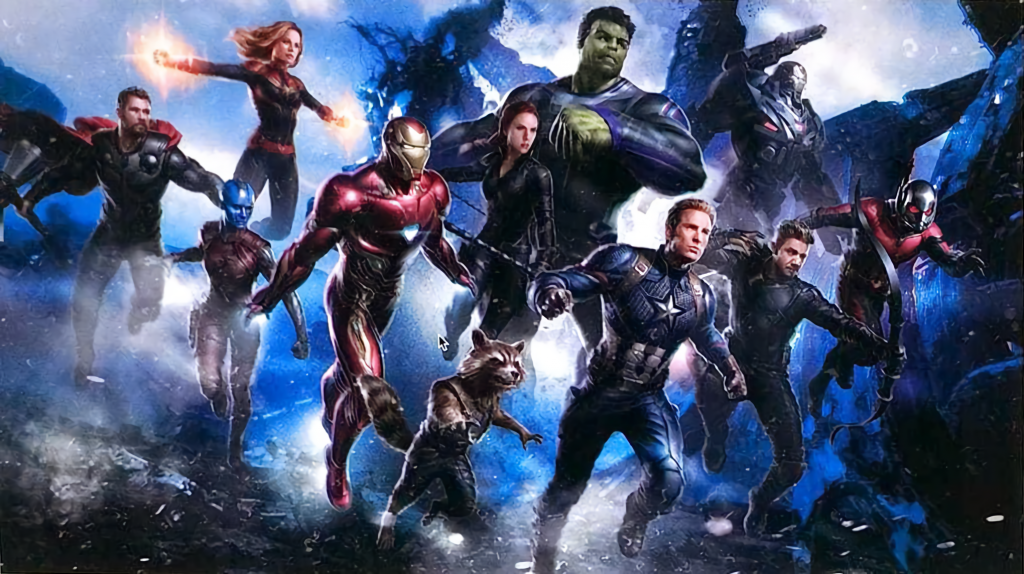 That’s as much as I can tell you about the story without doing you a disservice and keeping you from experiencing the rest of it for yourself. Seriously, go in with as open a mind as possible, aside from looking at recaps of the previous 21 movies to get a refresher and not one spoiler for Endgame. Your mind will be blown at how well this all comes together, especially if you’ve been following this franchise from day one back in 2008. Especially with the final battle, where it’s clear that Marvel spent the most of their budget in a sequence that’s pure bliss to see unfold. Marvel played the long game with this franchise, and it’s a clear reward to the fans that were patient to finally see all the Avengers assemble in such a satisfying way, in what may just be one of the most satisfying big-budget blockbusters that I’ve ever seen.

Each one of the film’s three acts functions incredibly well on its own, and the movie itself could work just as effectively as three separate hour-long mini-movies… Although I’m glad that they went with a running time of about 181 minutes, because not a single moment is wasted, and they just as easily could have cut out some great moments to squeeze in a couple of extra screenings per day. The movie manages to deftly handle a juggling act of balancing tones without ever really feeling jarring. There’s a sense of melancholy throughout the entire movie, particularly in the first third. It’s also side-splittingly hilarious, easily being the funniest film out of the four that the writing team (Christopher Markus and Stephen McFeely) and directing team (Joe and Anthony Russo) have done. Things are pretty bleak at the beginning of the film, but this is contrasted with, and ultimately complimented by, the amount of heart that the movie has throughout. This movie constantly reminds us that heroes aren’t just heroes because of their incredibly feats, but because of the kinds of sacrifices that they’re willing to make.

I’m not sure how the movie works as a standalone if Avengers: Endgame is your first Marvel Studios experience, and that might just be the biggest problem with the movie; even though most concepts are sufficiently explained in-movie, newcomers may find themselves lost and overwhelmed. But the bigger a fan you are, the more you’re going to end up getting out of it. As I’ve said, I’ve been a fan since the start, and I was impressed with how many call-backs that this movie was able to include across the entirety of Marvel’s cinematic history. How much connective tissue it adds to existing movies that are retroactively made better because it’s there. How much it adds to the backstories of supporting characters, some of whom were underused in previous movies. And there are lots of surprises from start to finish, such as a clear reference to the television side of the MCU in the form of a certain actor appearing in the middle of the film. Years ago, that was something which seemed to be off-limits. 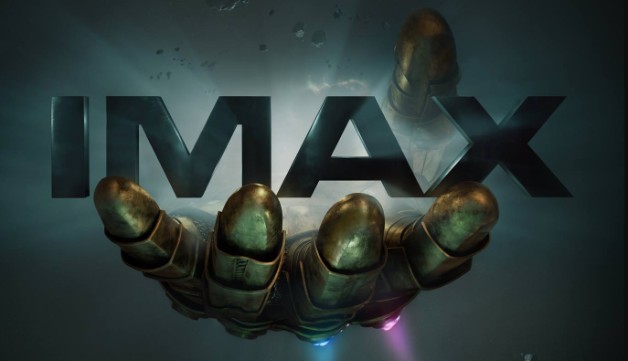 Lastly, I’d like to point out one moment that really stuck out to me was something that wasn’t in the movie: a post-credits scene. While much of the audience that stuck around (who knew of Marvel’s history with after-credit tags) groaned in disappointment that there wasn’t anything to usher in the next decade of movies, I felt like the movie was better off without one. Part of the journey is the end, and adding a scene revealing Character X, Story Arc Y, or Throwaway Joke Z seemed like it would undermine such a concept. Marvel Studios have plenty of time to work on future projects (including all that nice Marvel IP that they got from Fox), and I’m sure that Spider-Man: Far From Home will have an after-credits tease that will blow everyone away. But it’s a nice change of pace, and one that allows the audience to soak in the absolutely epic experience that is Endgame.

Avengers: Endgame is a wholly different experience than last year’s Avengers: Infinity War, but at no point does it feel like the film is too long or as though it’s overstayed its welcome. Nearly every character in this massive ensemble of eleven different movie franchises (Iron Man, Hulk, Thor, Captain America, The Avengers, Guardians of the Galaxy, Ant-Man, Doctor Strange, Spider-Man, Black Panther, and Captain Marvel) gets a moment to shine, even if several of them don’t get that opportunity until that final, awe-inspiring conclusion. And above all else, it’s amazing to think that, for everything that the MCU has done, they’re still only just getting started… While I expect comparatively softer box office returns on some of the next few movies on Marvel’s still-to-be-revealed slate (since they’re not topping Endgame anytime soon), make no mistake when I say that Marvel is an absolute, cross-generational juggernaut. They’re gonna keep ruling the box office for years for years to come. Whatever it takes.

Avengers: Endgame is playing in theaters now. I can’t recommend it enough that you see this thing on the largest screen that you can, and preferably in IMAX, as the movie was entirely filmed in that format.