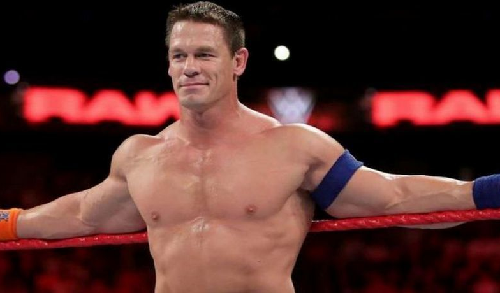 James Gunn’s The Suicide Squad is moving forward with its casting process, as John Cena is in discussions to join the ensemble supervillain movie.

According to Variety, Cena’s time in superhero movies is now, as he’s being eyed for a role in the second Suicide Squad. While Cena’s role is not clear at this time, there is some speculation that he may be playing the Peacemaker after Dave Bautista (Gunn’s rumored choice for the role) signed on to do Zack Snyder and Netflix’s Army of the Dead instead. That line of speculation comes from the initial rumor that Peacemaker would be joining the team alongside the likes of Polka-Dot Man, Ratcatcher, and King Shark, but right now, Warner Bros. are not confirming what new characters will be joining the movie. In addition, there are rumors that an alien femme fatale will be in the movie. Suffice to say, Gunn’s take on the franchise sounds absolutely bonkers, and should be more than enough of a warm-up for his return to the Guardians of the Galaxy film series.

So far we know that a lot of the cast from the first Suicide Squad are returning, including Margot Robbie as Harley Quinn (believed to be the lead character of the film), Viola Davis as Amanda Waller, Joel Kinnaman as Rick Flag, and Jai Courtney as Captain Boomerang. The only other new addition to this cast at this time is Idris Elba, who was previously believed to be replacing Will Smith as Deadshot before it was decided that Elba would play a new character to leave Smith the option to return for a potential third Suicide Squad movie, or potentially other DC Films projects. Smith’s reason for exiting this project was not a result of creative differences with Warner Bros., but it had more to do with scheduling conflicts.