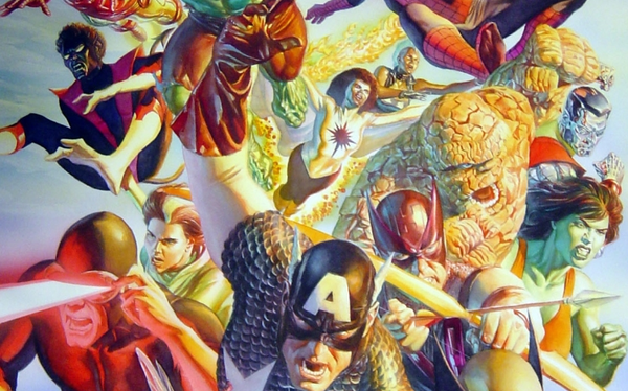 The creative team that brought you Captain America: The Winter Soldier, Captain America: Civil War, Avengers: Infinity War, and Avengers: Endgame want to take on another big story years from now: Secret Wars. The 1984-1985 comic series is easily one of Marvel’s most famous crossovers, and the event itself heavily involves characters that were previously licensed to Fox.

Talking to MTV fairly recently, directors Joe and Anthony Russo decided to share their love for the original Secret Wars event and note that it was an indirect inspiration for their creative decision to push toward doing more crossover movies as opposed to standalones like Captain America: The Winter Soldier. You can view this excerpt of an interview below:

Do the @Russo_Brothers see themselves returning to the #MCU? The #AvengersEndgame masterminds talked to us at #CinemaCon about their dream #MarvelStudios project (#TheSecretWars) and if they'd ever join the #DCEU: "Never say 'never'" pic.twitter.com/zC2GU4Y1at

So they’re open to doing Secret Wars, but the story doesn’t end there. The writers are interested, too! In an exclusive from Screen Rant, the staff of the site asked Stephen McFeely and Christopher Markus if they’d be open to coming back to collaborate with the Russos once again. Markus noted that he’d have to brush up on his knowledge of the story:

McFeely provided a clearer answer, suggesting that they’d always come back if the Russos needed them:

“If Joe and Anthony do another Marvel movie and they don’t have us write it, I will be personally offended.”

Markus responded with an agreement:

“Yeah, there’ll be problems at home.”

For now, Endgame will be this team’s last movie for quite some time, as the team want to take a break from Marvel after an extensive commitment to deliver four major movies.

That film’s official synopsis is as follows: