Dave Bautista Wouldn’t Do ‘Guardians of the Galaxy Vol. 3’ Without James Gunn 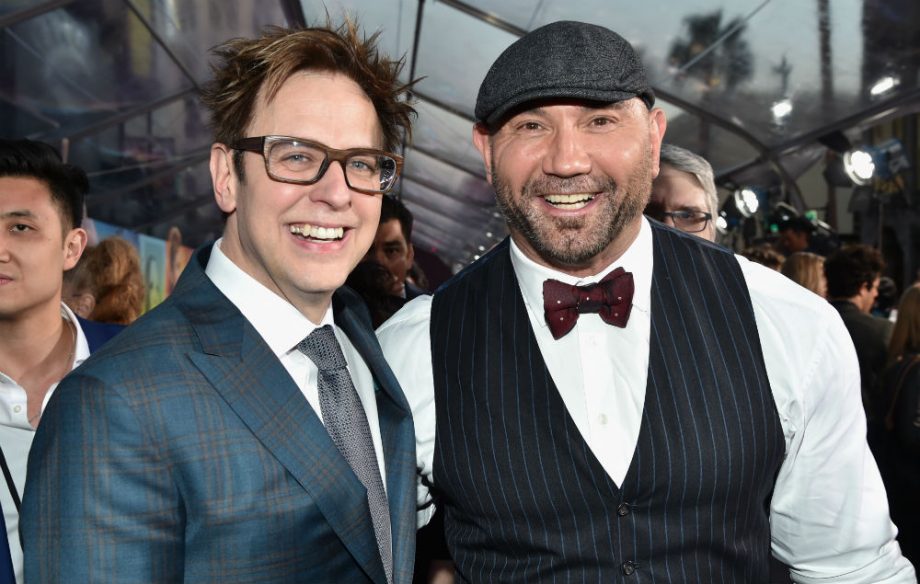 Ever loyal to his pal, director James Gunn, Dave Bautista expressed ambivalence to the idea of playing Drax the Destroyer in Guardians of the Galaxy Vol. 3 without Gunn in the director’s chair. Since he’s now set to direct the movie again, Drax is more likely to have a future in the Marvel Cinematic Universe, and now, Bautista is speaking about Marvel for the first time since his boss was hired back.

Bautista previously vocalized his frustration with Disney executive Alan Horn’s knee-jerk decision to fire Gunn over old, off-color comments that were deemed inappropriate at best and creepy and offensive at worst, and the cast and crew of the two completed Guardians of the Galaxy films came to his defense to explain that those comments didn’t represent his character. Gunn was quick to state that he was ashamed of what he previously wrote back in his days as a Troma director, and apologized for what he wrote on Twitter. Gunn handling the situation professionally, and continued support outweighing the outrage against him, led to Horn reversing his decision after a few meetings with the director that were held in relative secrecy.

Throughout this ordeal, fans were left wondering about what Bautista, Gunn’s biggest fan, was making of all of the drama, and how he felt about the decision to rehire the director. Variety got a chance to ask him at CinemaCon yesterday, to which he explained that he was willing to walk from the movie:

“I am contractually obligated [to do the third movie], but I think that Marvel and Disney – if I had really stood my ground and said, ‘I don’t want to do this without James’ – I think that they are decent enough that they would’ve let me out of my contract…”

Bautista made it clear that he had one foot out the door after finishing his Avengers: Endgame pick-up shots, and that he didn’t regret being brutally honest about what he was thinking. He also noted that the idea of not doing the third one was something that still pained him because of how close he was to the rest of the cast and crew:

“I just spoke my mind and was honest about the way I felt about it. I thought he was given a raw deal. I thought it was a bad call, bad decision… I wanted to bring it home. These guys are like family to me and I wanted to be involved in the third one. I wanted to use James’ script because it’s a beautiful script. Moving forward without James was a real personal issue with me.”

A while after that, he seemed to go quiet in his campaign to call Disney out. Pretty recently, he quietly implied that he knew that Gunn was getting his gig back in an interview with Anthony Breznican (held days before Disney announced that Gunn was back on the movie), which would explain why he softened his stance. In any case, we’ll probably be seeing more of Drax after Guardians of the Galaxy Vol. 3., now that he’s not frustrated with Disney anymore.

Guardians of the Galaxy Vol. 3 is in development at Marvel Studios for a likely 2022 release.