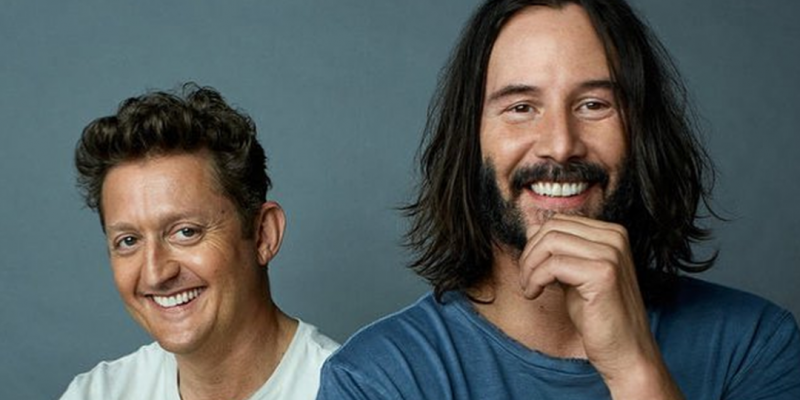 It’s time to get excellent dudes! Bill and Ted Face the Music is officially happening. Taking to social media, Alex Winter and Keanu Reeves made the announcement and thanked fans for their support for a movie almost thirty years in the making.

Standing in front of the Hollywood Bowl, the Wild Stallions announced the long awaiting sequel, telling fans “it is all because of you guys” and encouraging them to “be excellent” in the run up to the movie’s release next summer.

But the news doesn’t stop there. As well as Bill and Ted themselves, the third instalment of the bros’ adventures will also see the return of William Sadler’s Grim Reaper.

For those who have been asking, @Wm_Sadler will totally be reprising his role! pic.twitter.com/jPDZyseotu

The movie’s official Twitter account also confirmed that the film will pay tribute to the late George Carlin, who played Rufus in the original films, stating;

He’s so deeply missed by all who worked with him on the previous two films. His character will not be recast, but his absence will be a part of the whole third movie – including what is possibly the most emotional scene of the film.

The film series itself concerned the story of William “Bill” S. Preston, Esq. and Ted “Theodore” Logan, two young metalheads who dreamed of hitting it big with their rock band Wyld Stallyns. A time-traveller named Rufus, who came from a future in which their music helped turn the world into a utopia, goes back in time to ensure that they make sure that his future comes to pass, and that they make the song that will fix everything. The new movie will pick up decades after the second movie, where, in spite of the band’s success, they still have yet to compose that song… And time is running out, so they have to go on one last adventure to meet the greatest musical minds in history to deliver the ultimate hit song.

Bill and Ted Face the Music will be released on August 21st 2020.