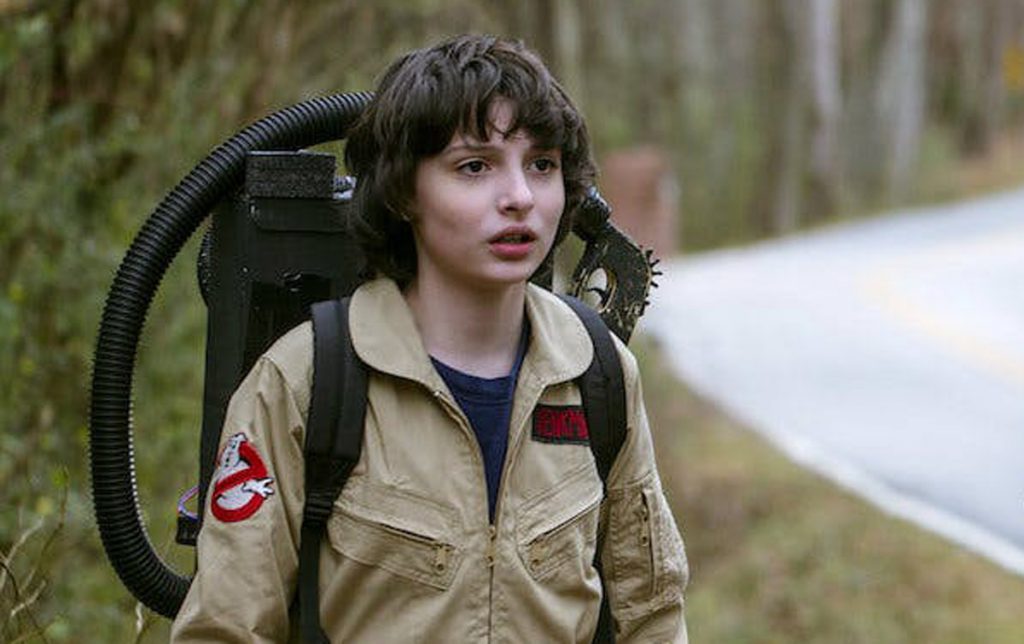 It looks like the above scene from Netflix’s Stranger Things was pretty prophetic, as Finn Wolfhard is being sought as a major character in Jason Reitman’s Ghostbusters project. In addition, Carrie Coon is also being looked at by Sony to play his character’s mom.

The reporters at Variety turned on their Proton Packs for a Ghostbusters scoop: Wolfhard and Coon are to play a son and single mother in a quiet town. While Reitman was wary of making the obvious connection to the above Stranger Things gag, he was said to be absolutely floored by the young actor’s audition, earning him the part. (Aside from Stranger Things, Wolfhard appeared in 2017’s IT: Chapter One, and will reprise his role in IT: Chapter Two this year.) Meanwhile, Coon seems like an obvious pick for her role, considering the acclaim associated with her work on HBO’s The Leftovers and FX’s Fargo.

Wolfhard’s character is said to have other siblings, who have not yet been cast. There will be some kind of connection bringing this family (and possibly a few other kids) into contact with the surviving Ghostbusters. Perhaps these characters could be related to Egon Spengler, portrayed by the late, great Harold Ramis? That seems like an easy way of honoring the his character’s legacy within these films, since the beloved actor is no longer with us.

Reitman’s movie, which he is co-wrote with Gil Kenan in addition to directing, ignores the controversial 2016 reboot and instead delivers a sequel to the original two films. However, the scale seems to be dialed back to a small neighborhood instead of an adventure that encompasses all of New York City. Pre-production on the film (code-named “Rust City”) is actually much further along than the initial teaser from a few weeks ago made it seem.

The untitled Ghostbusters sequel will be released on July 10, 2020.