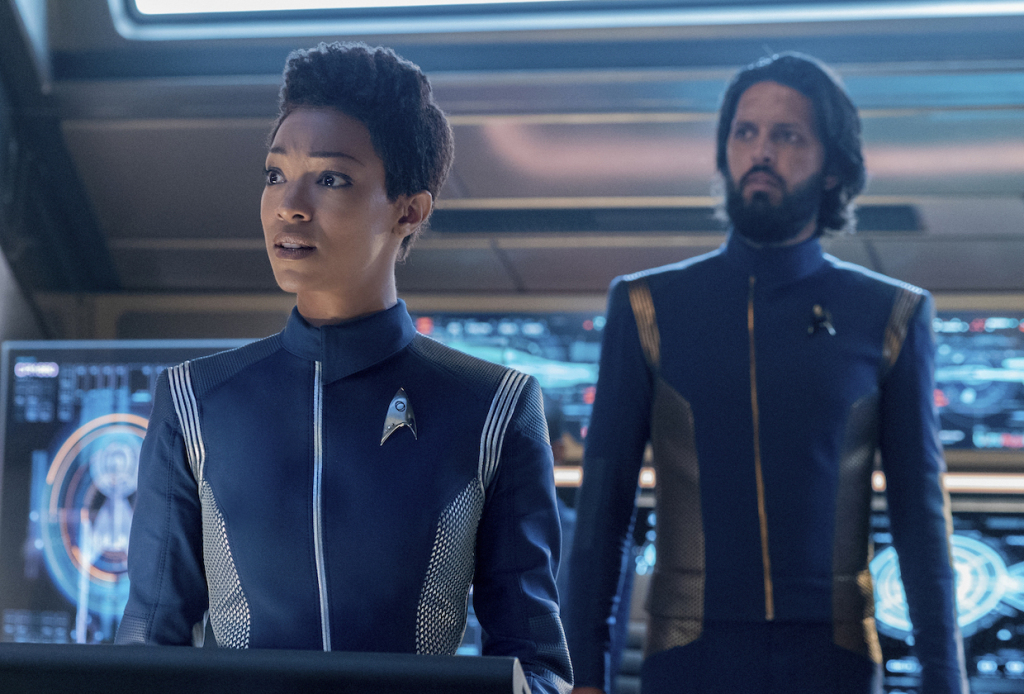 It’s official! Star Trek: Discovery has been renewed for a third season for CBS All Access.

The series’ renewal was never in doubt, as the show continues to remain enormously popular in the absence of the Chris Pine-led movies, but now we have official confirmation that the crew of the Discovery will be returning for Season 3.

The official Star Trek website also revealed that Michelle Paradise will be returning as co-showrunner alongside Alex Kurtzman for the entire third season, after beginning work on the show during its second season. Paradise has experience as co-executive producer on CW series The Originals, and wrote on Audience’s Rogue and CW’s Hart of Dixie. Kurtzman was very complimentary when asked about Paradise coming aboard:

“Michelle joined us midway through Season 2 and energized the room with her ferocious knowledge of Trek. Her grasp of character and story detail, her drive and her focus have already become essential in ensuring the Trek legacy, and her fresh perspective always keeps us looking forward. I’m proud to say Michelle and I are officially running Star Trek Discovery.”

Julie McNamara, Executive Vice President of Original Content at CBS All Access, elaborated on the decision to renew the show:

“The massive success of Star Trek Discovery’s second season launch exceeded all our expectations in both driving subscriber growth and generating a phenomenal response from fans. With Alex Kurtzman and Michelle Paradise at the helm, we look forward to continuing Star Trek: Discovery’s journey, growing the Star Trek franchise on CBS All Access and bringing fans new Star Trek stories for many years to come.”

McNamara’s statement about growing the Star Trek franchise ring true, as Michelle Yeoh has already been signed up to lead a spin-off of Star Trek: Discovery. For more updates on Star Trek, stay tuned to Movie News Net.