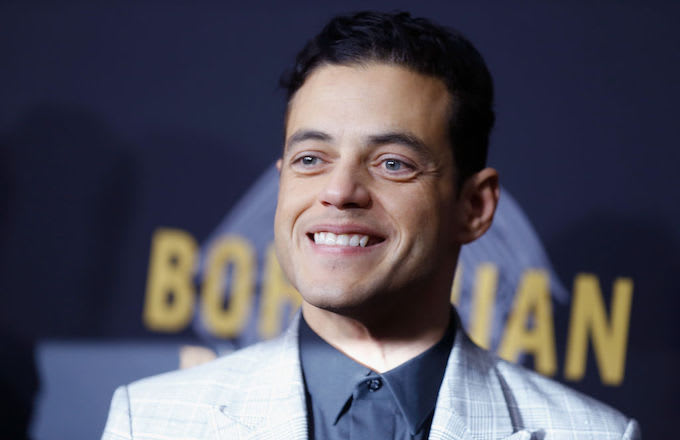 It looks like Bond 25 is close to adding two more key players in Rami Malek and Billy Magnussen.

Malek, who recently won an Oscar for Best Actor for his turn as Freddie Mercury in Bohemian Rhapsody, is in final negotiations to play the film’s villain. Fans of Mr. Robot will be familiar with the Egyptian-American’s awkward and intense performances on the show, sometimes as multiple characters, so it will be interesting to see what he brings to the role. It’s not often that a Bond film casts a villain notably younger than the protagonist; Malek is 37 years old, while Daniel Craig is 50, so it should make for a refreshing dynamic between the two.

There are no official details on the villain just yet, though it is rumored to be a blind man. Malek’s Egyptian descent means he has something in common with Moroccan actor Saïd Taghmaoui, who was under consideration to play the part when Danny Boyle was directing. Presumably, the link between the two actors suggests the script calls for a villain of North African heritage.

Apparently, Malek was previously approached for the role, but his commitments for the final season of Mr. Robot meant that he was unavailable for filming. It seems that the actor’s shooting schedule has since been adjusted so that he can be available to film both.

It is also rumored that Billy Magnussen will be joining the production as CIA agent, similar to Jeffrey Wright’s role as Felix Leiter in Casino Royale. Magnussen has recent experience working with Cary Fukanaga on his Netflix series Maniac, so it’s reasonable that he would have been approached for the role.

Casting directors are searching for a female MI6 agent and a female accomplice to Rami Malek’s villain, though no names for the roles have been mulled over as yet. Lea Seydoux, Ralph Fiennes, Ben Whishaw and Naomie Harris will be reprising their roles from Spectre and other previous films with Craig’s iteration of James Bond.