Marvel and Hulu Announce 4 Animated Series and a Special 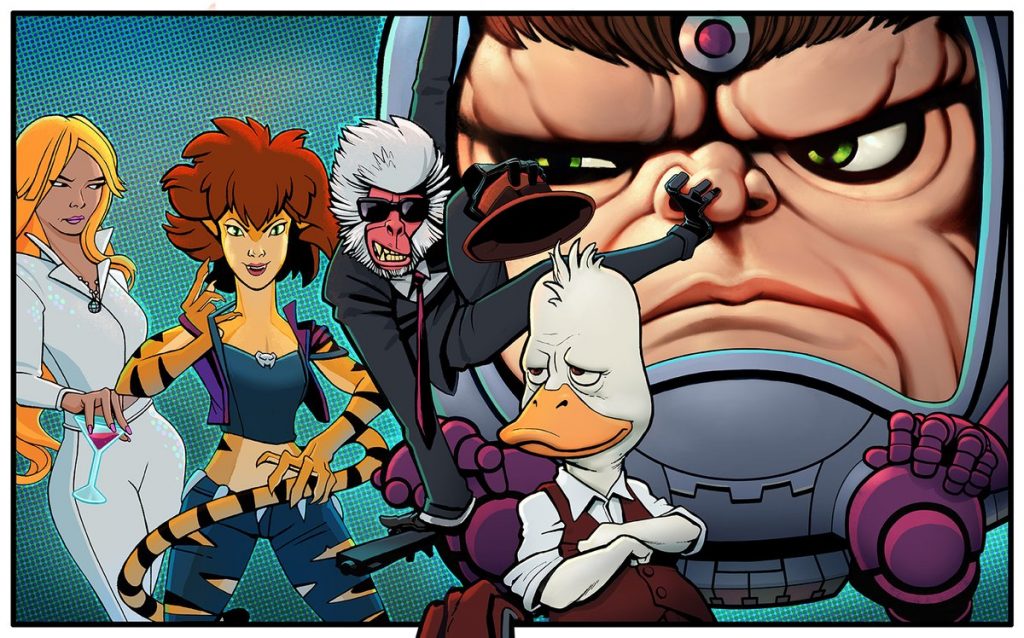 As Marvel moves away from developing content for Netflix, it makes a big move toward Hulu by announcing no less than four new animated series aimed at adults, along with a crossover special with a name that may or may not be a passive-aggressive jab at the streaming service.

Marvel has revealed that they’re developing not one, but four animated series and an animated special for Hulu focused on characters like M.O.D.O.K., Hit-Monkey, Tigra, Dazzler, and Howard the Duck. Yes, seriously. The synopses for these shows are as follows:

• M.O.D.O.K. centers around an egomaniacal supervillain with a really big head and a really little body, who struggles to maintain control of his evil organization and his demanding family. Writers Jordan Blum and Patton Oswalt will also executive produce.

• Hit-Monkey tells the tale of a wronged Japanese snow monkey, mentored by the ghost of an American assassin, as he cuts a wide swath through the Tokyo underworld in this darkly cinematic and brutally funny revenge saga. Writers Josh Gordon and Will Speck will executive produce.

• Tigra & Dazzler is a story about two woke superheroes and best friends, Tigra and Dazzler, as they fight for recognition among powered people who make up the eight million stories in Los Angeles. Writers Erica Rivinoja and Chelsea Handler serve as executive producers.

• Howard the Duck is trapped in a world he never made, but America’s favorite fighting fowl hopes to return home with the help of his unstoppable gal pal Beverly before the evil Dr. Bong can turn him the crispiest dish on the menu. Writers Kevin Smith and Dave Willis will also executive produce.

No synopsis was listed for The Offenders, but the project is an animated special that will cross over these four series.

With the continued support of original Marvel content for the platform, it is likely that Runaways will be renewed for a third season at Hulu. The development of these shows may reveal why FX’s animated Deadpool comedy was cancelled; if Marvel had their own slate of adult-skewing content planned, then they likely would want it all in one place. With FX being expected to produce new content for Hulu, perhaps that show may see the light of day there instead of on broadcast, after Marvel completes its first wave of animated content for Hulu.

Howard the Duck, Hit-Monkey, M.O.D.O.K., Tigra & Dazzler, and The Offenders are all being developed for Hulu.