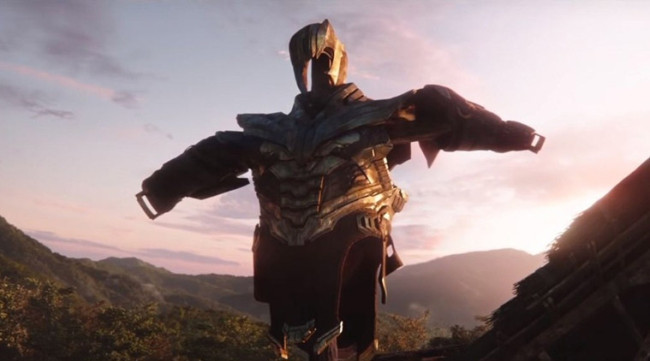 The current cut of Avengers: Endgame is nearly three hours in length, and judging by how the directors of the film are reacting, test audiences don’t see that intimidating running time as a problem.

Speaking with Collider, Avengers: Endgame co-directors Joe and Anthony Russo were asked about the movie’s running time as of the current cut of the film. Anthony revealed that the film is still currently clocking in at about three hours, and one of the reasons that they’re satisfied with how long it is is because of the four screenings that they’ve had, only one person got up to take a bathroom break. That’s the sign of an engaging film. When pressed for details, Joe added that they believe that a long running time would serve the purpose of the film:

“I think the studio is down with what the best story is. Right now, we think the movie is playing well and we’ve had great responses from our test audiences and we’re feeling very good about where it is. We’re still doing work to it. We’re not done with it. Again, this is a culmination film of 22 movies, it’s a lot of storytelling to work into it. Emotion is an intrinsic part of that to us. When you have to tell a really complicated story and you want strong emotional moments with the characters, it just requires a certain amount of real estate. This one, in particular, feels like three hours worth of real estate.”

Does that mean that the version of the film that we’ll end up seeing in theaters will be three hours as well? Don’t get your hopes up just yet. Theaters will want to get as many screenings of Marvel’s soon-to-be-mega-hit in per day, and that might result in them requesting a shorter running time to maximize profits. The alternate solution to this would be have more theaters in the multiplexes play Avengers: Endgame, although that itself could meet pushback from other distributors if films that are still making money are forced out to accommodate for one of the biggest event films of 2019.

However, there’s also a new rumor out there suggesting that Marvel are actually fighting for a rather extensive cut of the film, and they’re so confident in it that they may even add an intermission to an already-lengthy running time:

Rumor has it Marvel is considering an intermission for AVENGERS: ENDGAME as it is currently clocking at three hours.

Bring it on. I love intermissions. Makes the movies that have them feel very epic. Besides, a pee break would be nice.

One thing that’s been consistently said is that the movie will be longer than Avengers: Infinity War, which ran for two hours and twenty-nine minutes. Still, the final cut of the film has yet to be assembled (and likely won’t until late March or early April), so we’re likely going to get a clear answer about the running time a few weeks from now.