No, ‘Spider-Man: Far From Home’ isn’t Secretly a Prequel to ‘Avengers: Infinity War’ 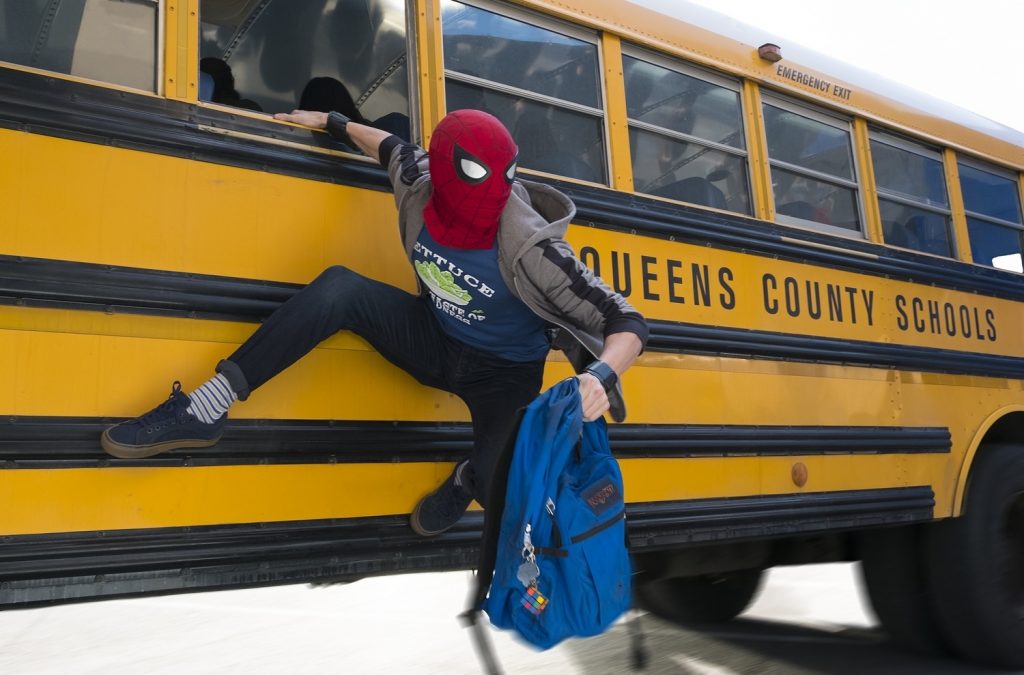 There’s a new, bizarre fan theory going around suggesting that Spider-Man: Far From Home is somehow a prequel to Avengers: Infinity War. Here’s why that can’t be true.

For whatever reason, a fan theory is spreading, and it claims that Far From Home will happen in a retconned timeline in which Thanos was defeated before he could get his forces to attack New York City a second time. There’s a big problem with that, though: Far From Home producers Kevin Feige and Amy Pascal have both stated on multiple occasions that the movie is the first film of Phase 4, with Pascal going so far as to confirm that the film’s first scene is set mere minutes after the events of Avengers: Endgame, and Feige explaining that he sees the movie as the conclusion of a five-movie arc started by Captain America: Civil War.

Some would still like to imagine that Feige and Pascal could be pulling a more elaborate version of the “J. J. Abrams denies that Benedict Cumberbatch is playing Khan in Star Trek Into Darkness” kind of trick here, even though he isn’t; this is because the directors of Avengers: Endgame weren’t honest about the fact that the title was spoken during Avengers: Infinity War. But what would there be to gain from maintaining this kind of illusion? Having a sequel set closely after the original isn’t some kind of stunning plot twist, it’s a given. It would make no sense for the first movie of Phase 4 to be set before the climax of Phase 3, particularly when a lot of what Marvel is currently building toward is going to affect the future of their setting for years to come. But regardless of this, there are two key reasons why the theory that Marvel are deceiving fans isn’t accurate.

The first is the timeline of the MCU, and specifically the period that encompasses Spider-Man: Homecoming, Avengers: Infinity War, part of Avengers: Endgame, and all of Spider-Man: Far From Home. Given that high school homecoming dances typically happen in September or October, we can presume that Homecoming is set in the Autumn after Captain America: Civil War. Meanwhile, Avengers: Infinity War is set in the Spring of the following year. We also know that Far From Home is set in the Summer (as confirmed in the movie’s trailer), and with the statements that it’s a sequel in mind, this will take place after the ending of Avengers: Endgame (a distinction I’m making just because the movie appears to be one that involves reality-warping and time-travel, placing it in multiple time periods).

The second comes from dialogue that is actually spoken in Avengers: Infinity War, which puts any theories that the schoolbus was headed to an airport to fly to Europe to rest. In the midst of a battle with Cull Obsidian, Spider-Man rescues Bruce Banner from being squashed. When asked where he came from, Spider-Man explains that he was headed to the Museum of Modern Art on a field trip. MOMA is one of the most well-known exhibits in New York City, and considering that Peter Parker said that he’d never been on a plane before the flashback to Captain America: Civil War during Spider-Man: Homecoming, it can be presumed that international travel is not something he ever experienced prior to that point, or shortly after. It probably wasn’t in his school’s budget.

There’s not much else to say, but it’s been suggested that the movie will play a crucial role in starting the new status quo, and it will also set the stage for future Marvel movies across the board, with Spider-Man likely playing a big part in the larger story going forward as long as Sony agrees to renew Tom Holland’s contract (and they’ve got at least 130,000,000 reasons to do so).