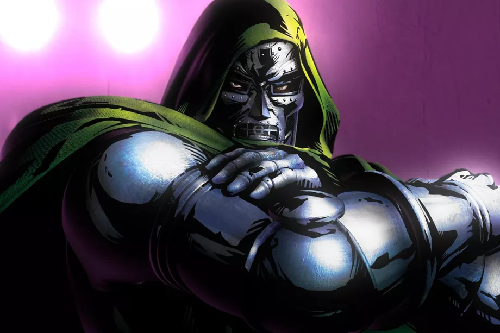 Joe Russo, one of the co-directors of Avengers: Infinity War has seen the script for Fox’s planned Doctor Doom movie from Legion showrunner Noah Hawley, and has spoken approvingly of it. While it’s unlikely to be made at Fox with their acquisition by Disney being so close, this seems to raise the possibility that the project could fit into the Marvel Cinematic Universe after the merger has been completed.

According to Business Insider, Joe and his brother Anthony have both spoken to Hawley about his project, which was one of several that Fox announced in the wake of the confirmation that the Disney-Fox merger would be happening, pending regulatory approval. Fox revealed an abundance of potential spin-offs as a back-up plan in the event that things didn’t go through, including a Doctor Doom film, and it’s not looking like any of them are going to enter production before the merger completes, at which point Marvel Studios will take creative control over Fox’s Marvel properties. Russo indicated that he’s interested in seeing the script get turned into a movie, and suggests that it might be possible to integrate the idea into the Marvel Cinematic Universe setting:

“I’d love to see Noah’s interpretation of that character, anything that Noah does. [We talked about his Doctor Doom script] in passing. Who knows what’s going to happen with everything with the Disney acquisition?”

Given that the Fantastic Four and other Fox-Marvel IPs have yet to be established in the Marvel Cinematic Universe, it seems inevitable that Doctor Doom himself will appear once the ink has dried on Disney-Fox. A full standalone movie about the character might serve Marvel better than doing yet another “origin story” where Doom has ties to the team and is the central antagonist. This has been the case in three of the four Fantastic Four movies that have been made, counting Roger Corman’s completed but unreleased film. It seems like this script could easily be tweaked a bit to fit the timeline of the Marvel Cinematic Universe and the inevitable Fantastic Four reboot, and this would also give the Fantastic Four an opportunity to go up against a different villain while a standalone Doctor Doom movie could build up to a major confrontation.

Doctor Doom is in development at 20th Century Fox.