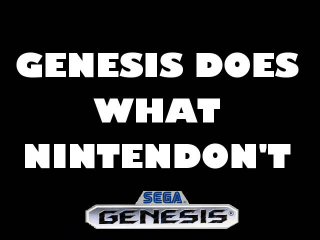 Legendary TV will be tackling one of the most serious corporate rivalries in history: SEGA versus Nintendo, over dominance of the video game console market. Console Wars, based on the book of the same name, is a show that will explore how the rivalry started and the moves behind-the-scenes driving a hot topic that would affect playground discussions everywhere in the late 1980s, all of the 1990s, and to the early 2000s (when SEGA discontinued making consoles).

Deadline reports that Jordan Vogt-Roberts (Kong: Skull Island) will be directing a limited series based on Console Wars; SEGA, Nintendo and the Battle that Defined a Generation by Blake J. Harris, a nonfiction book covering the feud between industry titan Nintendo and the underdog SEGA, who at their peak gave the Big N a run for their money at a time when it seemed like they had a monopoly on the market. The pilot will be written by Mike Rosolio, and the series will be produced by Seth Rogen and Evan Goldberg. Rogen and Goldberg add the limited series to their list of shows, which include AMC’s Preacher, Hulu’s Future Man, The Boys for Amazon, and Black Monday for Showtime.

If you were in primary school around the time that Nintendo and SEGA had their feud, you recognize how many heated arguments came out of the rivalry. Friendships were broken. Lines were drawn. People got hurt. (Unless you were one of the sensible people who liked both.) There’s a clear lack of TV exploring the history of one of the biggest entertainment industries in the business, and focusing on the long, bloody chapter between Nintendo and SEGA before the two eventually became allies is one of the more interesting gaming history narratives to look at. Hopefully, the series will help other pitches level up.

Console Wars is in development by Legendary TV.