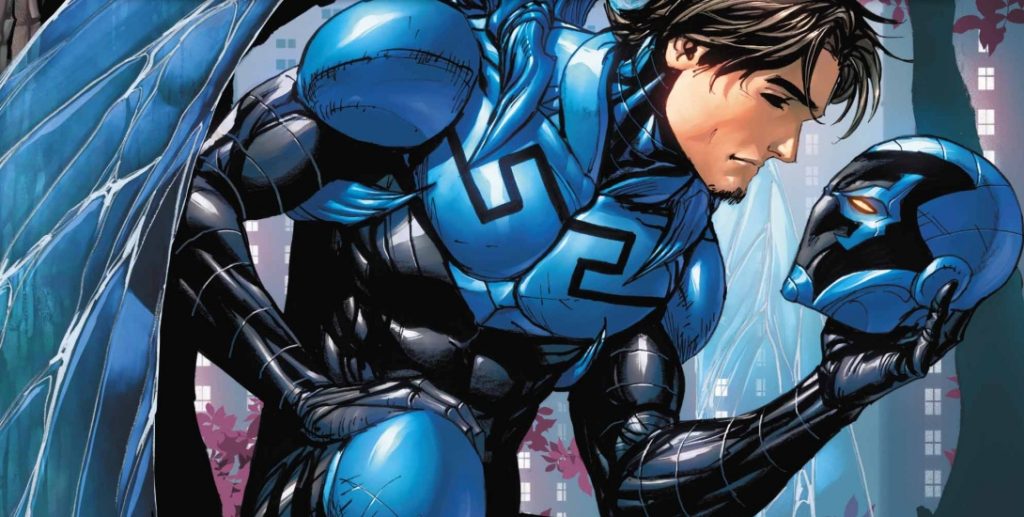 Fans of comic book movies who are demanding more representation on the big screen have something big to look forward to with the announcement of the first major superhero movie starring a Latino character. That’s right: DC’s Blue Beetle is getting a big-screen adaptation.

The Wrap exclusively reports that Gareth Dunnet-Alcocer will be writing a screenplay for Warner Bros. set around the third major character to assume the identity of Blue Beetle, who is Mexican-American. Dunnet-Alcocer also has experience in the field of directing multiple short films, but he hasn’t officially been tapped to direct the project. This iteration of the Blue Beetle’s story begins when a teenager named Jaime Reyes discovers a strange beetle-shaped artifact on his way back from school. While investigating the artifact within his home, he discovers that it’s a living being – one which suddenly grafts itself to his spine, giving him extraordinary strength, speed, flight, and access to alien weaponry, along with a suit of armor. While there’s no word if Ted Kord, who previously assumed the identity of Blue Beetle in the comics, will appear in the film version, it seems like it should be on the cards, given that Kord serves as a mentor to Reyes and is someone with the kind of smarts necessary to understand the suit’s power.

The move is one that’s very important in Hollywood’s efforts to offer a diverse amount of content to audiences in an expanding marketplace, as it will be the first major Hollywood movie starring a Latino superhero. While Spider-Man: Into the Spider-Verse‘s lead character, Miles Morales, is half-Puerto Rican from his mother’s side, he is voiced by Shameik Moore, who does not have Latino heritage. DC have also developed movies with Latino actors in major roles, such as Suicide Squad‘s El Diablo and the upcoming Birds of Prey‘s Renee Montoya. But this movie will have to place a Latino actor in the lead role, which is something that could prove to be very important going forward. Black Panther saw a ton of business from African-American audiences, and with Latino audiences having some of the best attendance out of the current moviegoing demographics, a project like Blue Beetle could be absolutely huge. Here’s hoping that the movie can stand out in an increasingly saturated genre.

Blue Beetle is in development at DC Films.