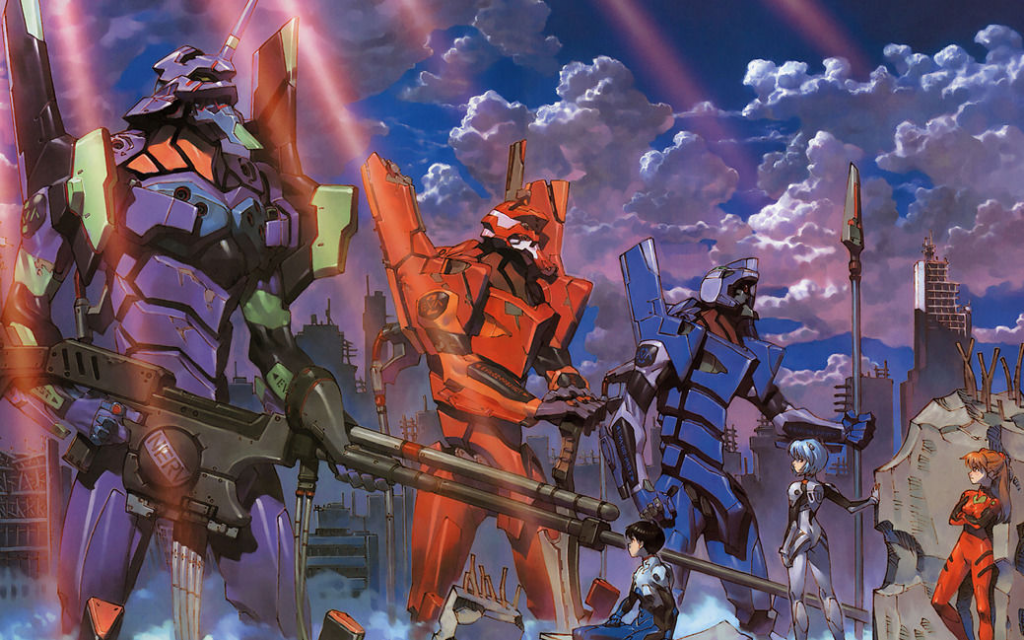 One of the most influential anime to come out of the mid-1990s, Neon Genesis Evangelion paved the way for different kinds of stories to be told in the medium and redefined anime’s presence on television. Now, uninitiated viewers from around the world can experience the whole story for the first time on Netflix starting in Spring of next year.

Initially presented as a typical mecha anime set in the then-far-off future of 2015, Neon Genesis Evangelion follows the story of Shinji Ikari, a teenager born after an apocalyptic event known as the Second Impact. Shinji is forced to become a pilot for the Evangelion, a biomechanical titan that serves as world’s greatest hope against an alien race known as the Angels, who emerge following the Second Impact and threaten the survival of the human race. However, as the series progresses, the show takes a focus to the deep-rooted psychological issues of each of the major characters, delving into deeply unsettling horror themes as the show draws to its nightmarish conclusion. Ultimately, however, Evangelion is a story about human nature, self-acceptance, and a willingness to persevere in a harsh world.

Included with the 26 episodes of Neon Genesis Evangelion (likely including the four “director’s cut” versions of episodes 21, 22, 23, and 24) are two films – Evangelion: Death(true)² (a re-animated compilation film covering many of the show’s most important events), and The End of Evangelion (a companion piece to the final two episodes of the show). There’s no word if the still-ongoing Rebuild of Evangelion series (which are a spiritual remake of the show and its movies) will be added to Netflix’s library, and while it might not happen with the initial wave of Neon Genesis Evangelion content, there’s still a good chance that they can be added later. The move is a big win for Netflix on the front of becoming a go-to anime platform, since the series has never streamed anywhere before. This move will also mark the first time that the show’s Blu-Ray remaster will be released outside of Japan – while it has yet to be released physically, the show will have an upgrade in visual and auditory quality compared to the DVDs sold in English-speaking regions.

You can view Netflix’s announcement trailer below:

All’s right with the world: Neon Genesis Evangelion is coming to @Netflix. pic.twitter.com/2pQ1lG1h9e

Neon Genesis Evangelion, Evangelion: Death(true)², and The End of Evangelion will be available to stream on Netflix in all territories starting in Spring 2019.