First Look at Superman and Lois Lane in ‘Elseworlds’

Against the backdrop of Superman’s Fortress of Solitude and with Tulloch’s Lois in a flowing white dress, the image is certainly evocative of Superman II. But set photos have also shown Tulloch’s Lois in the thick of the action, implying that, like Hoechlin’s Superman, the Arrowverse’s take will be a blend of the classic and the modern. 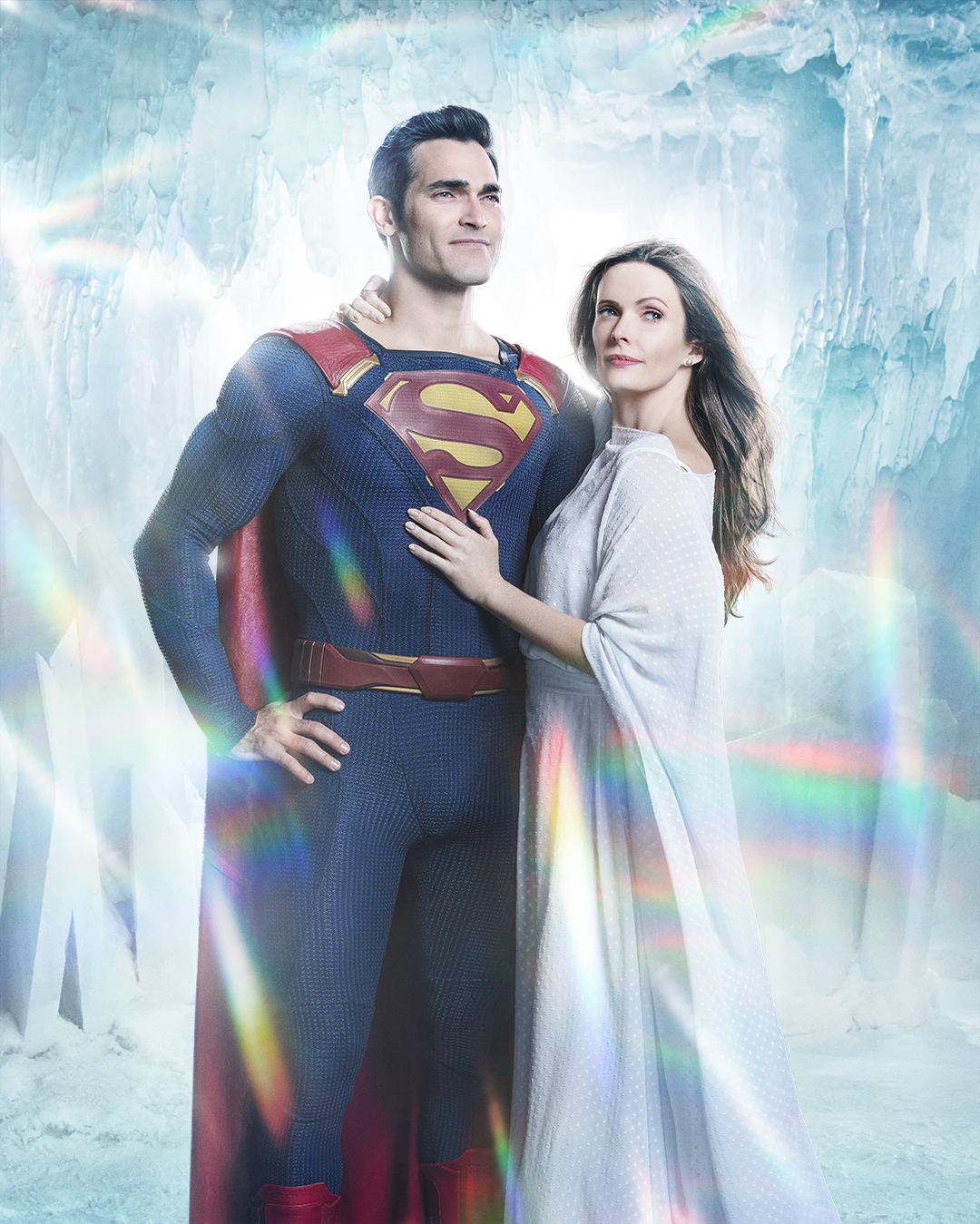 Speaking to TV Insider about the character’s relationship Hoechlin said that Lois and Clark “obviously have a very strong relationship that’s been going like that for a while. It’s deeper into the relationship, so there’s that comfortability factor and they know each other so well. They really kind of have a life together.”

It’s interesting to note that Elizabeth Tulloch is pregnant in real life, and in some of the set photos she can be seen with a small, but still noticeable, bump. So whilst the flowing dress in the promo image hides her pregnancy, it looks like they might not be hiding it in the crossover itself. Of course a lot can be change with camera angles and in post production, but the Arrowverse could, potentially, introduce a pregnant Lois Lane.

Whilst the recent rumor of a Superman TV series was sadly debunked, it did raise the question of what such a series could do to really differentiate itself from Supergirl. Following in the footsteps of DC Rebirth, making Lois and Clark parents, would open up a whole new world of story telling possibilities for the characters. For audiences who have seen Superman’s origin more times than they can count, following these characters into the next chapter of their lives would be a thrilling new adventure.

Who knows, maybe one day it could happen. If there’s one thing the Arrowverse has shown it’s that anything is possible. Just look at Elseworlds itself. Superman is back, we’re meeting Lois Lane, going to Gotham City, and the Monitor is appearing! Even after last year’s Crisis on Earth X I don’t think anyone would have imagined all this.

Elseworlds begins December 9th in The Flash. The crossover event takes place over three nights in The Flash, Arrow, and Supergirl.