Following last month’s announcement that Shane West would be playing Eduardo Dorrance in the final season of Gotham, the actor now stands revealed as Bane in a fiery first look from Entertainment Weekly.

Whilst his mask bears some resemblance to Tom Hardy’s in The Dark Knight Rises, that’s where the similarities end. Gotham‘s take on the character bears only a passing resemblance to previous versions, opting instead to give him a more cyberpunk inspired look with a mechanical breastplate and gauntlets. 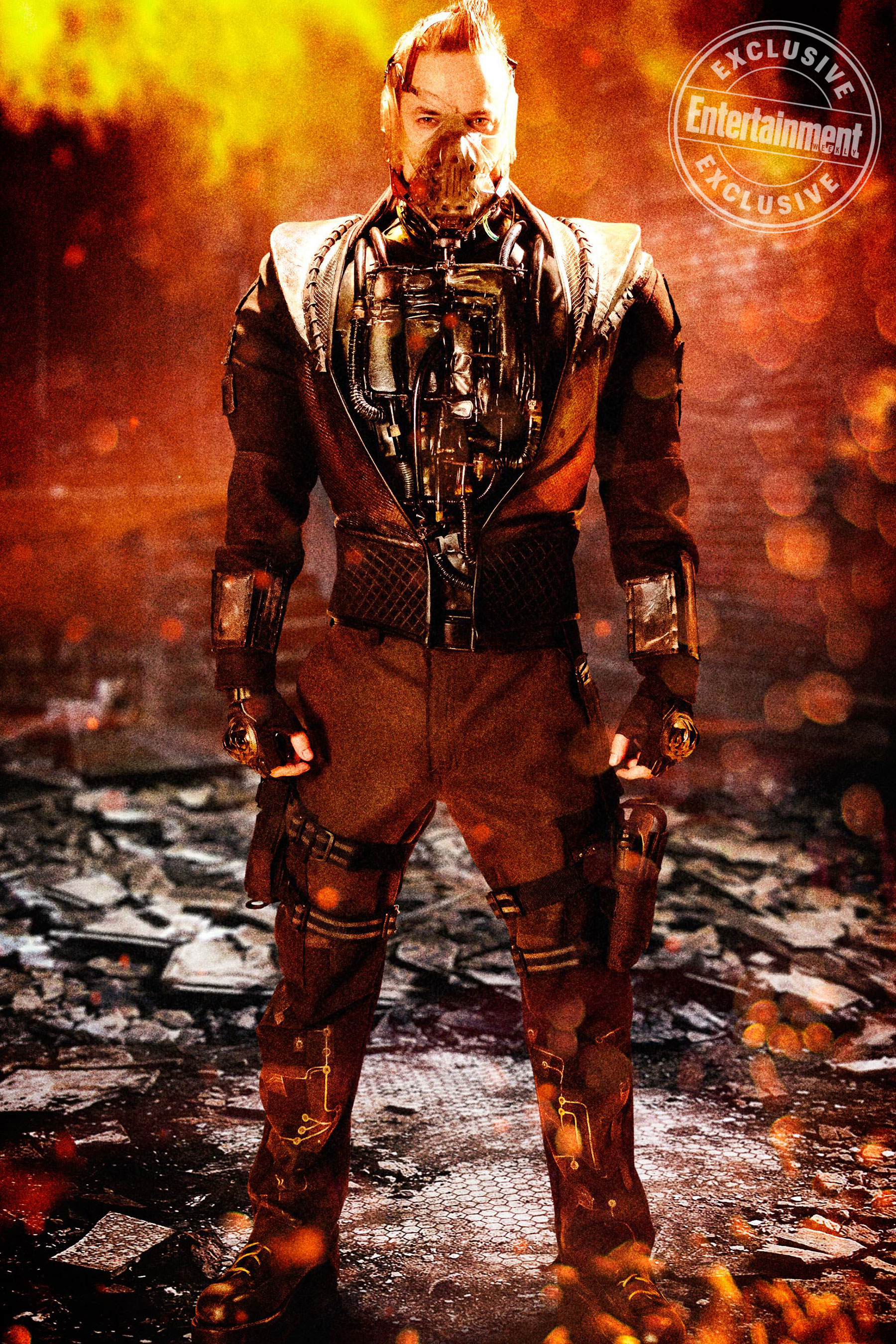 Speaking with EW, Gotham showrunner John Stephens described their take on the character as “very, very strong, and very angry … we made him integral to the fact of coming in as a special ops government agent.”

West’s Eduardo Dorrance is an old army friend of Jim Gordon (Ben McKenzie) who comes to Gotham with an elite team of soldiers, seeking to restore order to the No Man’s Land. However, his true intentions for the city are much darker and we will witness his transformation into Bane during the show’s final season.

However, we might not have to wait that long to see the villain in all his fiery glory. “We pick up at the top of season five, at the conclusion of No Man’s Land, Day 365,” Stephens told EW. “Then we cycle backwards to day 87, three months into No Man’s Land where Jim has created his green zone and wants his reunification. We’re catching up, and for the first nine episodes we’re always catching up to that first scene we see.” Could that first scene involve Bane? We’ll have to wait and see.

Gotham returns next year on FOX.