Rian Johnson to Direct ‘Knives Out’, Daniel Craig to Star 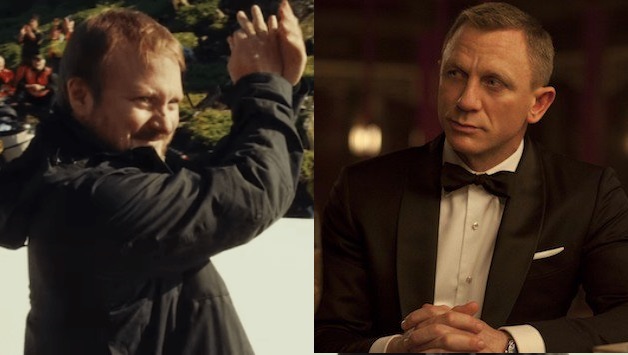 Director Rian Johnson is taking advantage of Bond 25‘s current production hiatus by hiring Daniel Craig for a new movie, Knives Out. The project will be filmed well ahead of his involvement with a series of Star Wars spin-offs.

According to Deadline, there are a lot of chips on the board that are pushing Knives Out forward. For one thing, the script is already completed, and Johnson and producer Ram Bergman have already sent it out to multiple potential distributors as a bidding war for the project begins. Johnson noted to Deadline that he’s a fan of Agatha Christie’s mysteries, and that the movie will draw influence from them as it sounds like it will be following her signature “locked in a mansion with multiple strangers” format.

The project is said to be closer in tone to Johnson’s work on smaller original projects like Brick and Looper than Star Wars Episode VIII: The Last Jedi, his first work with an established movie franchise; but that’s not to say that he’s done with Star Wars, as there are plenty of time for him to figure out what he wants from his trilogy of movies, and they’re next on his to-do list. Knives Out will be the first movie created under a new production company that Johnson and Bergman will run.

Craig is set to start filming this November, indicating that Bond 25 won’t be making its November 8, 2019 release date. That project was put on an indefinite delay due to director Danny Boyle exiting from it after creative differences between him, Craig, and the producers of the James Bond movies. Craig will star in Knives Out with six to eight other major actors. Johnson explained that he’s really wanted to work with Craig and that the film is the perfect opportunity for him to do so:

“I have been a huge fan and always wanted to work with him and as I worked on the script, trying to get it right, Ram and I were wringing our hands over who could be the detective. Then, serendipitously, we heard Daniel might have a small window, and it worked out. He’s an actor of extraordinary range, and we are looking forward to the fun of finding that modern detective, and collaborating with Daniel on creating a new Poirot.”

So from the sound of things, Craig will be shifting gears from playing a super-spy to a detective. If there are follow-ups to this movie, perhaps Johnson and Craig could indeed work on making the protagonist of this film a modern Hercule Poirot. For now, the Johnson/Craig collaboration certainly seems like something we should look out for.

Knives Out is currently in development and does not yet have a release date.