In Dark Tourist, journalist and documentary filmmaker David Farrier shows a different, more morbid way to spend your vacation than your typical day at the beach. As entertaining and informational as it is, though, some of his approaches feel at the expense of the people he’s showcasing.

Essentially, the premise of Netflix’s new documentary series Dark Tourist is that Farrier will go to a country or region and try to find some of the most bizarre, uncomfortable, or downright dangerous activities to partake in. What sets him apart from your typical National Geographic reporter, though, is that he makes little attempt to avoid projecting his own judgment onto activities that he finds strange or in conflict with his own values. While there’s no denying that his rather Louis Theroux-esque methods can be entertaining (at one point, Farrier even jokingly refers to himself as “The cheap version of Louis Theroux”), they sometimes also do feel exploitative.

Maybe I’m showing my double standard here, it can be slightly uncomfortable when he targets his satirical brand of humor directly to the faces of people like the Westboro Baptist Church or Scientologists, though he rarely feels like he steps out of turn.  Even with Farrier’s own excellent documentary, Tickled, it never quite feels like he crosses a moral line. In Dark Tourist, though, there are times where David’s dry remarks seem horribly arrogant and ignorant when, for example, they’re targeting the sacred centuries old customs of a tribe.

While Farrier’s smugness can get to be very off-putting at times, sometimes he comes across as extremely earnest, particularly in scenes involving true terror. Even with all of the Voodoo and rituals of death that the show features, by far the scariest scenes are those that involve oppressive tyrannical governments. In my own experience, I hadn’t even heard of some of these totalitarian places, so I found them particularly fascinating and terrifying. 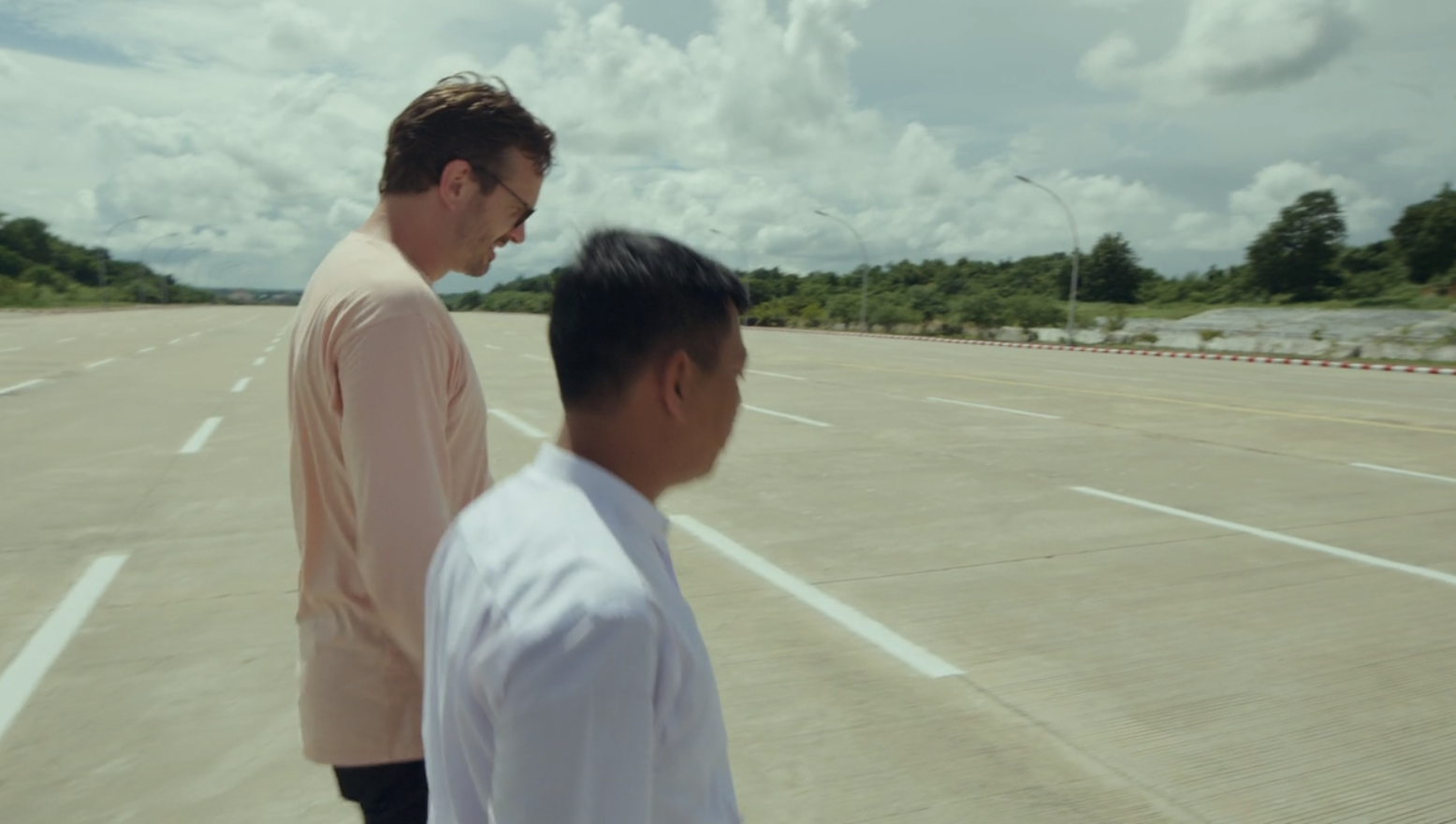 There’s just something surreal about seeing a not only modern but futuristic-looking apparent utopia that you’ve never even heard of before, or a forbidden abandoned city where gunshots can be heard in the distance. And there’s no doubt that these places are impressive and even beautiful, but eventually you realize that they seem almost uninhabited and the experience becomes downright eerie. The entire thing feels more like a stage production than a civilization All the more so on the occasions that Farrier manages to sneak out of the city and go to where the people really are, in small lively villages that couldn’t clash more with the large silent metropolises and desolate twenty-lane highways.

Aside from that, there were a handful of anxiety-driving scenes that dealt with heavily irradiated areas. Even though we’re to believe that none of these events are scripted (and personally, I don’t think they were) the tension in them seems almost expertly choreographed. Early in the series, a threshold is established that a Geiger counter reading of 0.2 is roughly where is starts to become dangerous for humans to live in for prolonged experiences of time. That limit is misunderstood by some tourists in that they thought it meant 0.2 was dangerous for humans in even brief periods of exposure. 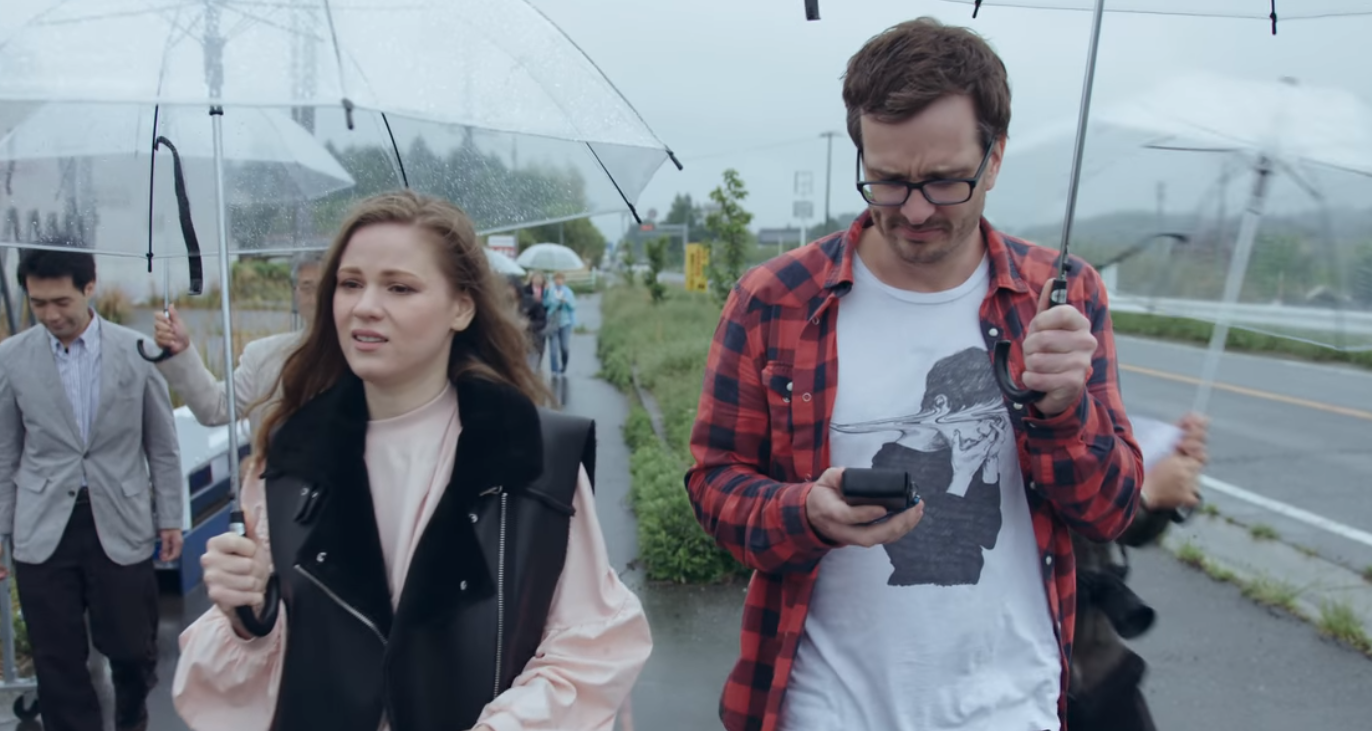 Even with that misunderstanding, though, the dramatic tension of these scenes rises as the clicking of the Geiger counters begins to increase as the readings far exceed the earlier quoted safety zone of below 0.2, and the tour of the irradiated area is quickly ended. Honestly, even though I know almost nothing about the body’s response to being heavily exposed to radiation (outside of several hours in the Fallout series) I genuinely worry for Farrier, especially since the vaguely described scene above could actually apply to multiple entirely different situations.

Dark Tourist was pretty hit or miss with the topics that it covered. For every bizarre experience with New Orleans “vampires” or sobering trip to a Kazakhstani orphanage, there was another topic that just wasn’t quite as interesting. But even so, I think each and every episode this season taught me something truly fascinating and macabre.  It’s definitely not a show for everyone, and between the gore, the light sexual content, and the weird flirting with colonial and exploitative overtones I can definitely see some viewers finding Farrier’s series entirely distasteful. 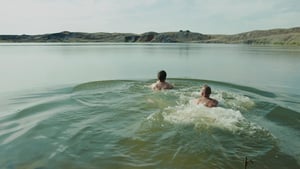 But ultimately, David reiterates the point several times that dark tourism is a way to get a new perspective on the world. This isn’t as optimistic as a show as something like Anthony Bourdain: Parts Unknown, but I think that even with Farrier’s issues in presentation, he usually does want the share the beauty of the things that he sees, even if he himself might not quite see it.