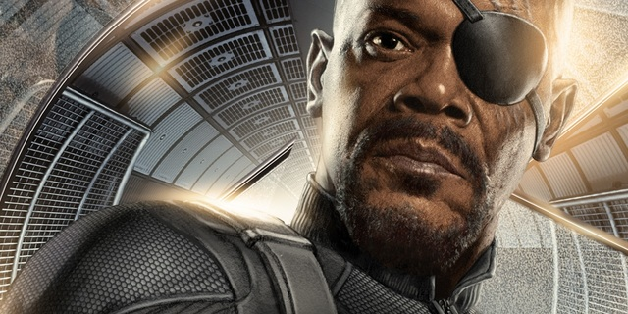 Samuel L. Jackson is getting back into action as Nick Fury in the next two Marvel Cinematic Universe movies, but is it possible that he might be preparing to show up in three in a row?

Jackson shared a series of four images to Instagram, celebrating how he’ll return to the role of Nick Fury after largely sitting Phase 3 out and only having a cameo in the post-credits scene of Avengers: Infinity War (complete with an obligatory Pulp Fiction reference):

Back to the familiar, the comfortable, the lovably fierce! Loving today’s mood!#Can’tkeepagoodmandown#deliriouslyfurious

For context, Nick Fury is confirmed to appear in Captain Marvel (which just wrapped production and will explain how he lost vision in one eye, and will also feature a clean-shaven Fury with a full head of hair) and Avengers 4 (which will have additional photography take place from now until the beginning of September). So far, there’s no confirmation that he will be in Spider-Man: Far From Home, but given that it’s the only Marvel movie that will still be filming in 2018, the realm of possibility is wide open. Filming on the project recently began this month, and will last until the end of the year.

Marvel Studios President Kevin Feige previously indicated that a character that they own will appear in the Sony Pictures movie, and given that a Doctor Strange cameo was explicitly ruled out, Nick Fury would potentially be the easiest thing that they could do. The modern version of Fury is also well-known for being a mentor to Spider-Man in specific versions of the character’s story, specifically Ultimate Spider-Man and the adaptations of that comic, which are being cited as a key influence for the Marvel Studios take on the character. If Marvel is opting for a more low-key cameo than the likes of Iron Man, having Samuel L. Jackson’s character pop up seems like a smart choice, especially given that the story will take place all over Europe and may involve elements of espionage with the potential inclusion of Jessica Drew (who, aside from having superpowers, is known for being a spy).