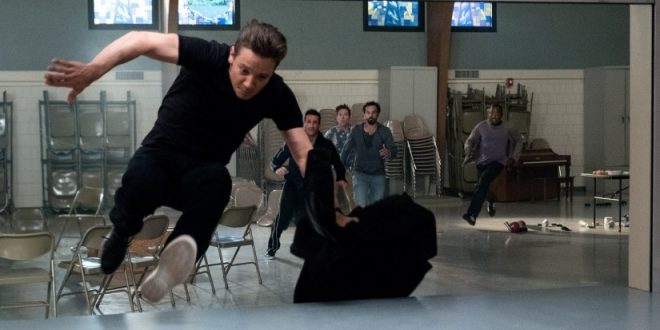 It could’ve been easy for Tag to rely too heavily on slapstick and physical comedy, but the film manages to blend various comedic and action elements into a single, cohesive and varied experience. Check out our spoiler-free review below!

The premise of Tag– the idea that a group of friends play a competitive game of chase that lasts well into their adulthood- is something that could’ve been really easy to screw up. Lean too far into simply poking fun at the absurdity of the situation, and the jokes quickly become very boring. Rely too heavily on physical comedy, and the idea rapidly loses its charm.

Instead, the team behind Tag did something far more intelligent- they took an ensemble cast, and made it work for them. Each character truly brings something unique to the film. Jerry’s (Jeremy Renner) self seriousness pretty well covers the bases to outline the absurdity of the game in the context of adults being so invested in something like this, but Bob’s (Jon Hamm) completely childlike attitude as a CEO further demonstrates the more whimsical implications of Tag. Kevin (Hannibal Buress) smartly serves as the film’s bottomless source of dry humor, and Chili (Jake Johnson) somehow manages to make a somewhat original take on a stoner character. Even Hoagie (Ed Helms) won me over by the end, and I’d be totally remiss to not note the hilariously intense Anna (Isla Fischer) as one of the highlights of the entire experience.

This variety in actors and comedy really worked out well. After the show, I realized how similar I found it to FX’s The League, in that it features a group of friends and their juvenile (but fun) traditions. In fact, a lot of the movie could’ve well been inspired by The League, from the year long bragging rights of the victor to the trope of a character’s wife being vicariously competitive in the game too.

Sure, there are some wacky chase scenes, but they tend to be well thought out and choreographed. In fact, the film establishes very early on just how devoted the friends are to their game, so even as preposterous as some of the situations are, they never feel too over the top for the universe that the film establishes. At the same time, the chases are almost never boring. Whether it’s from Jerry’s intense seemingly Guy Ritchie-inspired Sherlock Holmes style analytics of a combat scene or the gang playing psychological warfare with each other, almost every chase scene is far more complex than simply people running around chasing each other. Honestly, the film treats these types of action scenes a lot better than many action movies themselves, at least as far as entertainment value goes. 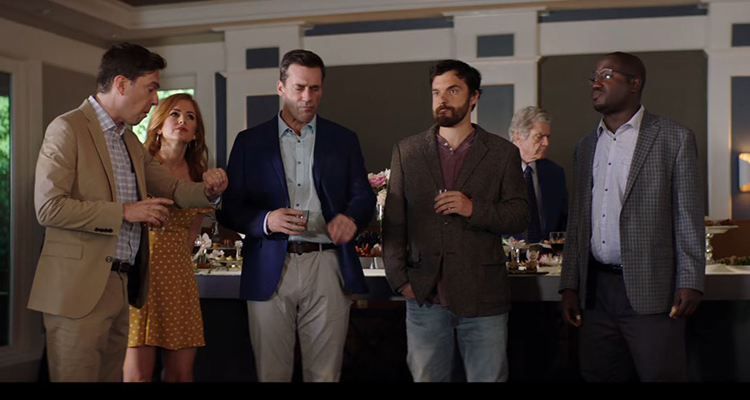 The story itself seems pretty straightforward at first, but as we learn more about the characters things get more complex. I actually appreciated the pacing quite a bit, but by the end of the film it did feel like quite a few threads had been dropped entirely. One such case was with Annabelle Wallis’s character Rebecca Crosby, a journalist from the Wall Street Journal who begins the film by interviewing Bob about his company and instead ends up following the gang on their quest to tag Jerry. I can understand why her character was included, because she could well be the lens that the audience is introduced to this strange group of friends, and it’s a nice homage to “It Takes Planning, Caution to Avoid Being It,” the real Wall Street Journal article that the movie is loosely based on. But at some point, she just kind of disappears, and it was almost jarring when a character actually acknowledged her near the end of the film again. And it’s not like she was gone that whole time- just very, very underwritten and surrounded by far more developed characters.

Aside from that, though, I think that if you see Tag, remind yourself that you’re seeing a movie about grown men competing in a playground game. Sure, the film isn’t entirely perfect, and there are some weird editing choices, but if you decide to just go along with the fun I think you’ll have a great time.