First Cast Photo for IT: Chapter 2 is Released 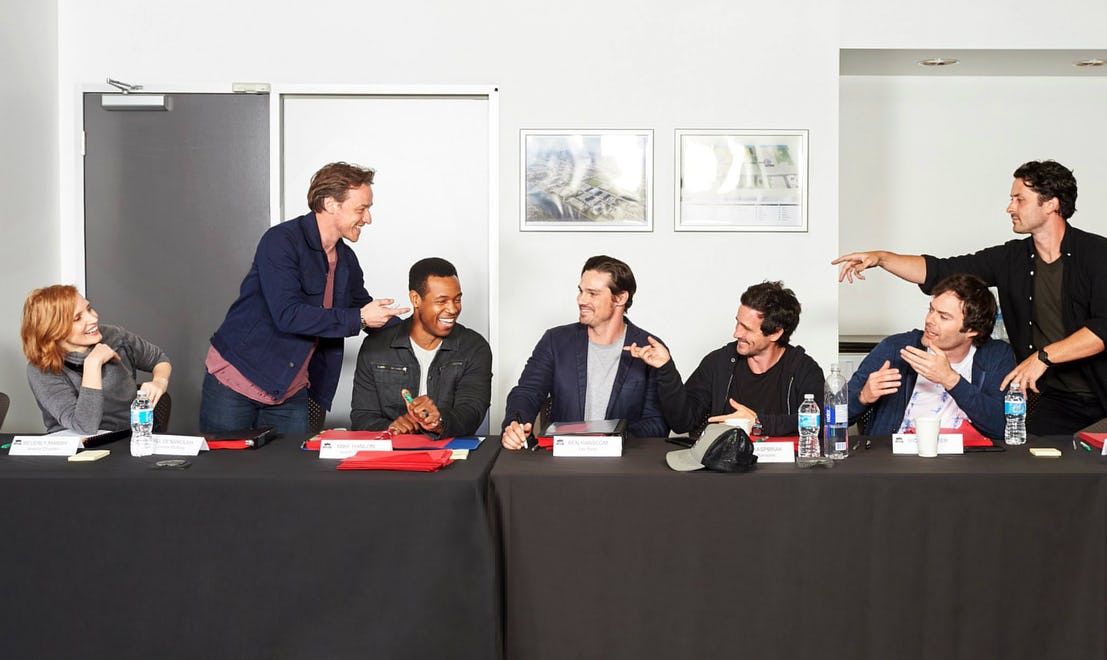 Warner Bros. have a released the first cast photo from IT: Chapter 2, announcing that the film is now in full production.

While we don’t get to see the actors on set (principal photography on the film has only just begun), we do see the actors enjoying themselves at a table read to give us an idea of what The Loser Club will look like all grown up.

While Bill Skarsgård is returning as Pennywise the Clown, he is nowhere to be seen in this photo as Warner Bros. specifically wanted to show off the main protagonists. Jessica Chastain is playing adult Beverley Marsh, while James McAvoy is portraying Bill Denbough. Isiah Mustafa is playing Mike Hanlon, Jay Ryan is Ben Hanscombe, James Ransone is Eddie Kaspbrak, Bill Hader is Richie Tozer and Andy Bean is playing Stanley Uris.

Teach Grant has also been cast as the adult version of The Loser Club’s high school bully, Henry Bowers.

The sequel will be adapting the second half of Stephen King’s original novel, which wasn’t touched by 2017’s remake. It looks as though it will remain pretty faithful to the source material, with Deadline reporting that Adrian Mellon has been cast in the sequel.

In Stephen King’s book, part 2 kicks off with Mellon being attacked by homophobic bullies before being promptly eaten by Pennywise. This casting would suggest that IT: Chapter 2 will begin in similar fashion.

The setting could give this film a very different feel, however. In the book, The Loser Club’s initial encounter with Pennywise takes place in the 50s, with their adult versions returning to Derry to stop Pennywise for good in the 80s.

Last year’s remake took place in the 80s however, with the adult versions of the characters returning in the present day for Chapter 2. It will be interesting to see if the sequel feels particularly different in its modern day setting. The TV mini-series in 1990 was also set in the 50s and 80s, so this will be the first time that IT is portrayed in a modern-day setting.

Are you excited for IT: Chapter 2? Let us know in the comments.