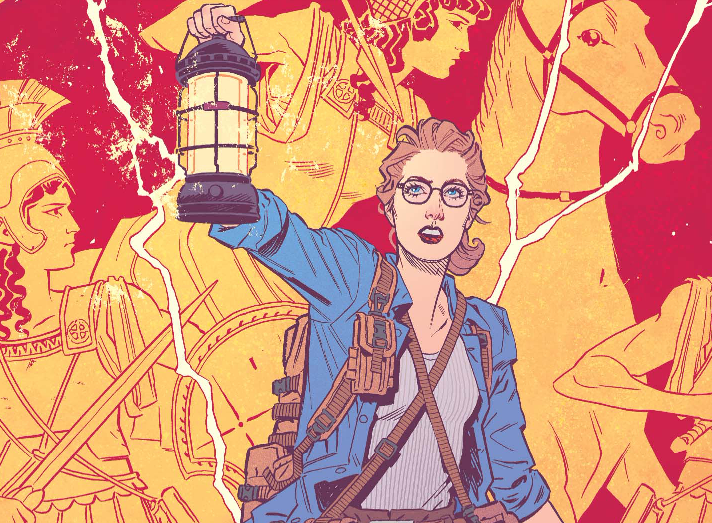 Kristen Wiig doesn’t strike many people as the go-to name to portray a supervillain in a big-budget movie, but Patty Jenkins decided that she was right for the role of Cheetah while rounding out the cast of Wonder Woman 1984. The director has revealed the first look at Barbara Ann Minerva before she is cursed with fantastic powers via Twitter.

Prior to gaining superpowers, Minerva is an archaeologist; in more recent interpretations of the character, she and Wonder Woman cross paths, an event that directly leads into Barbara’s turn to supervillainy. It’s likely that we’ll see that in this movie as a way to give Minerva’s role a greater connection to our hero.

Suffice to say, Wiig definitely looks a lot like Minerva does in the comics here. The real question will be what she looks like as a supervillain, and whether or not she can truly pull off the menacing nature that’s so intrinsic to Cheetah’s character.