How Can Horror Improve Off of ‘Hereditary’? 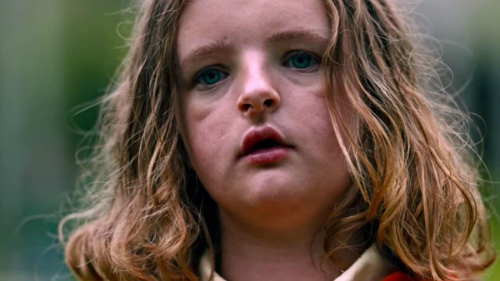 So Hereditary was good. Really, really good. I think part of what makes it so unnervingly creepy is that, much like The Witch before it, the true evil in the film is something that we never really end up seeing, and the movie almost fully capitalizes on that. Spoilers for Hereditary below!

Unlike Insidious’s Darth Maul-esque “Lipstick-Face Demon” and The Conjuring franchise’s Nun, Hereditary doesn’t really have much in the way of a horror “mascot” to associate with the film’s fears. There’s Charlie and her weird clucking sound, the ever present looming threat of Annie’s mother, and eventually to some degree Annie herself, but none of these really serve as an iconic avatar of the film’s evil.

In fact, I was enjoying Hereditary’s lack of a defined monster so much that I groaned aloud in the theater when the film waded into “reading an ancient book to find out about the demon of the week” territory. I just don’t think that the film got much out of defining exactly what the demon was that was terrorizing the family. 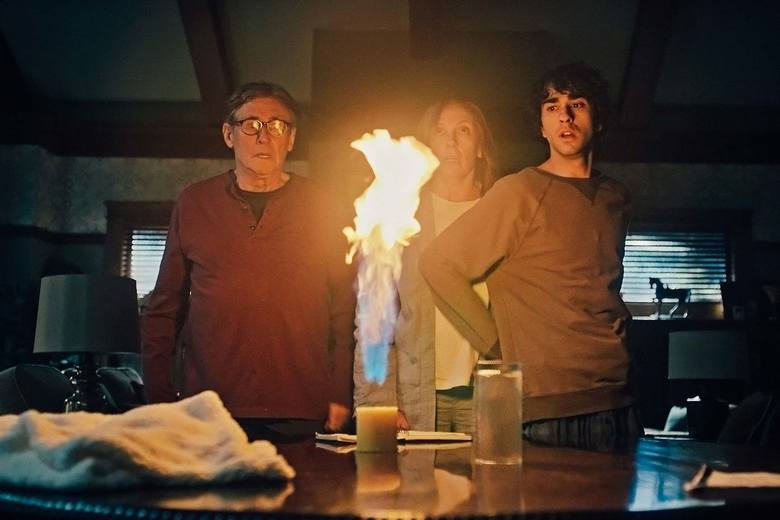 King Paimon is indeed one of the eight (or nine, depending how you count) demon kings, mentioned specifically in the Ars Goetia, one of the books in the grimoire the Lesser Key of Solomon. Its powers include bestowing visions and reanimating the dead, which go along pretty closely with the film, I guess. I’m no demonologist though, but I imagine those are probably pretty common abilities for a demon like it. Regardless, most audiences will not have ever heard of Paimon before, so the payoff is pretty limited.

I’m not saying that the threat needed to remain entirely undefined throughout the entire movie. The subtle use of Paimon’s symbol, such as on the grandmother’s necklace and on the telephone pole, is actually really cool. And imagine if we knew nothing about the demon or its plan, up until at the end of the movie when Ann Dowd’s character Joan crowns Peter and says something along the lines of “Hail King Paimon!”. That way, the threat would remain terrifyingly vague for most of the film, and in the end we’d get the general idea that yes, the demon possessed Peter. But the lore of Paimon wouldn’t threaten to overrun the more nuanced sections where the film really shines.

The trope in which a character pours through old spell books and texts to learn about a demon has gotten extremely predictable, even with the added detail of their desire to occupy a human body. Honestly, it’s in almost every James Wan film, each of the Paranormal Activity movies, stuff like The Possession, and so much more. It’s frankly boring as an audience member to watch characters slowly learn about a demon, since it’s almost the exact same scene every time. The demon in Hereditary was called Paimon, but they could’ve easily just called it Valak (from The Conjuring 2) and most people wouldn’t have batted an eye.  A demon’s a demon. 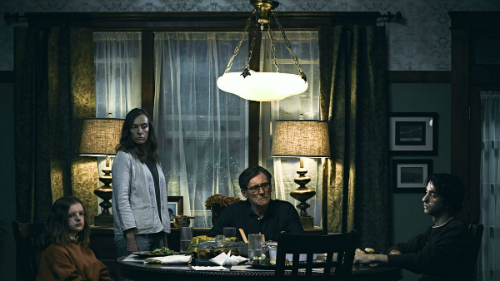 If you were to describe Hereditary as a film in which a demonic force tries to take over a child’s body, I would be wholly uninterested. I’ve seen that exact movie dozens of times now. But luckily, Hereditary is so much more than that. The more nuanced themes of family, guilt, and mental illness run really deep, and far outshine any errors the film makes. So I don’t mean to sound like I disliked the film, because I actually thought it was incredible. That’s why this one issue seems to stick out all the more to me. I think that filmmakers are starting to see a ton of value in really utilizing the fear of the unknown, and A24 seems like they’re leading the pack in that regard. They just need to stop undercutting their successes with needless, mid-film lore exposition, and they’ll have a true masterpiece.

Oh, and if Hollywood really does want to make movies that delve into the deep lore of demonic creatures, I think it wouldn’t hurt to switch from Lesser Key of Solomon to the proverbial Necronomicon. It’s about time we get some solid Lovecraft movies.

Want to know more about this movie?  Check out our review of Hereditary!