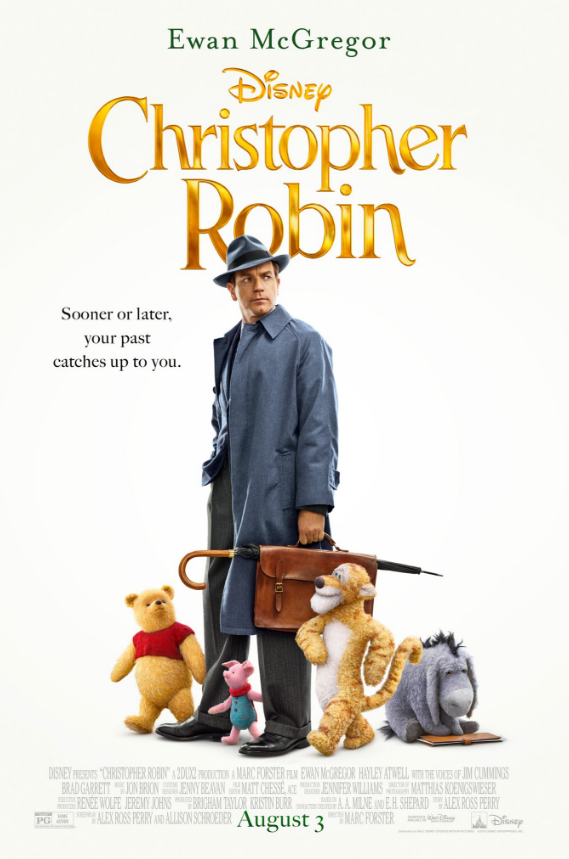 Winnie the Pooh has been an ever present figure for children for generations. The unique, timeless, nature of the stories, and the subsequent film and TV representations have been able to provide enjoyment and a bit of a philosophical embrace of simplicity to kids and parents for over 90 years.

The marketing on this new iteration has been a bit vague to this point. It was hard to tell what approach this was going to take. Is this an adult focused drama about a now grown-up Christopher Robin succumbing to the pressures of life? Is it a family movie about embracing the ideals of childhood?  Is it a kid’s movie that brings yet another iteration of these beloved characters to a new generation. Well if the trailer is any indication it seems that with this movie, the filmmakers are going for all of the above.

I will admit to bit of bias with both myself and my kids being long-time lovers the bear of very little brain. There is an intrinsic wisdom present in the tales of the 100 acre wood that is often masked by stories that appear to be aimed at very small children. But there is depth there as well that can make for a great family experience. And that trailer seems to be hitting on those beats very well.

Disney’s last attempt to bring Pooh (and simultaneously hand-drawn animation) back into the mainstream was met with limited success. Although the movie nicely recaptured some of the spirit of the first Disney film, the box office results didn’t match. This new approach mixing live action with computer generated stuffed animals brought to life seems like it may fit the current box office environment better, but only time will tell.  But one things for sure, this trailer pulls all the necessary nostalgic heart strings