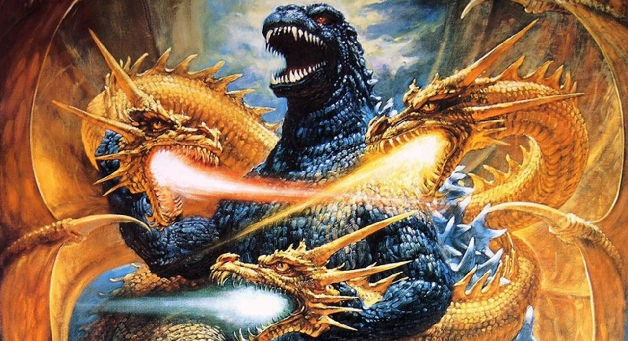 Godzilla: King of the Monsters will introduce three Kaiju for the Big G to fight against and alongside: Mothra, Rodan, and King Ghidorah. The last of those, which happens to be a giant three-headed dragon, is usually treated as the giant lizard/dinosaur’s archnemesis; and because of the character’s infamy, the character just got a special tease.

Director Michael Dougherty shared the following tease through his Twitter page, noting that “Monster Zero” has been spotted on what looks like a modified weather map:

“Monster Zero” is a codename for King Ghidorah utilized by the alien race known as the Xilians. While it’s not likely that this movie will introduce aliens in addition to three giant monsters, that story element isn’t completely out of the question considering that King Ghidorah is traditionally depicted as an alien. However, the post-credits scene to Kong: Skull Island implied that King Ghidorah existed millennia ago and even fought Godzilla in the past (presuming, of course, that the cave-drawings shown at the end weren’t a prophecy of things to come).

In other news, the movie has been pushed back a few months from its original March 22, 2019 slot to fill the spot voided by the umpteenth delay of one of WB’s other planned releases (The Six Billion Dollar Man) and will now fill the last release window in May. The move puts the film further away from the Marvel Studios film Captain Marvel in the event that it breaks out on the unexpected scale that a movie like Black Panther did, and while the Summer release period is more crowded than the Spring window, more people are seeing movies at that time of the year, which is a plus for WB if audiences really like Godzilla and his pals.

Godzilla: King of the Monsters is set for a May 31, 2019 release date. A follow-up, Godzilla vs. Kong, is set for May 29, 2020. After those two movies, the future of the MonsterVerse franchise is unclear, given that Legendary is only borrowing the license from Toho through 2020 (and there hasn’t yet been word about potentially renewing their current deal, much less any projects in the setting after Godzilla vs. Kong) and Toho themselves are planning their own Godzilla shared universe after 2021.