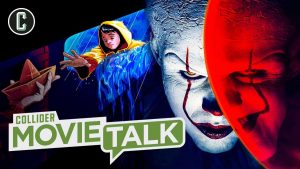 Tags: IT: Chapter Twomovie newsThe Fast And The Furious