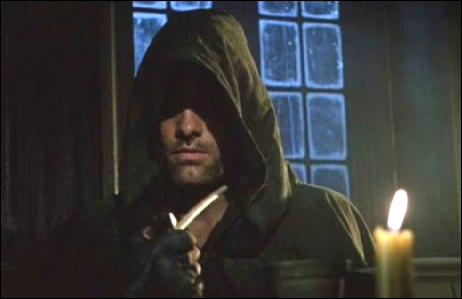 Reportedly, Amazon’s big expensive Lord of the Rings series will focus on a really important character to the lore- future king, Aragon II Elessar himself!

Given the sheer scope of Tolkien’s works featuring Middle Earth, there’s been plenty of debate on what the upcoming Lord of the Rings show on Amazon could cover.  Until recently, all fans could do was speculate, but now TheOneRing.net has tweeted that “multiple sources” cite that the series will center on a young Aragorn.

[BREAKING] We have confirmed from multiple sources that @AmazonStudios new billion-dollar #LOTR series will open its first season centered on a young Aragorn.

Let’s discuss whats available and how this opens up Tolkien’s Legendarium. A thread. #Tolkien
/1 pic.twitter.com/mfbkf4jyX6

Fans of the films are sure to remember Aragorn as Viggo Moretensen’s heroic heir to Gondor’s throne during the time of the War of the Ring. What some fans may not know is that Aragorn, being of the special Dúnedain lineage, has unnaturally long life for a human. In fact, by the time the One Ring is finally destroyed in Return of the King, Aragorn is a healthy eighty-eight years old. He’s in good company with Chewbacca for characters that look great for their age!

Given his age, there’s quite a bit of room for Amazon to breathe when portraying Aragorn’s earlier years. As a child, he was raised in Rivendell, and it’s possible that the series may cover this period of time.

Perhaps more likely, Amazon could portray Aragorn as a twenty-something. It was during this time that Aragorn learned of his royal ancestry, received the Shards of Narsil (in the movies, Aragorn leaves them in Rivendell), and heads north to live among the other Dúnedain in the wild ruins of the fallen kingdom of old. Plus, around that time he meets his future wife Arwen (though they don’t marry for nearly seventy years- Aragorn moves really slowly, apparently) as well as beloved character Gandalf.

Another possibility could be to portray Aragorn’s experience riding in war at the side of Thengel of Rohan, an experience mentioned in a deleted scene of The Two Towers.

Whatever the series ends up being, this is exciting news for many Lord of the Rings fans who have been craving more information about Amazon’s huge Middle Earth project.

Tags: AmazonLord of the Rings